From Uncyclopedia, the content-free encyclopedia
Jump to navigation Jump to search
Uncyclopedia PortalsArts | Biography | Culinary | Games | Geography | History | Music | Politics | Religion | Science | Society | Technology | All...
Analog | Comedy | Film | Gay | Media | Literature | Mario | Pregnancy | Television | Theatre | Uncyclopedia Games | Video Games | Zoology
This is a magic box full of pixies that can do simple things like huffing kittens, performing mathematical operations (not real ones), and composing essays in piglatin. The technology contained hereign has been likened to an epic game of Bingo that sucks the user into addictive habitual behaviors. Once the user is exposed to teh internets and its wealth of hallucinogenic properties, the user is converted into an insomniac, craving more and more technology to sate their addiction. Addicts can be identified by restlessness when not in contact with a computer, the compulsive urge to turn a computer on as soon as they are conscious, excessive usage of technobabble, and often basking in the warm glow of an oversized monitor at four-six a.m. in the morning, bleary-eyed and craving coffee, still wishing to engage in acts such as browsing Reddit forums, shopping on EBay, editing Uncyclopedia articles and other useless cyber activities, all while watching a movie on DVD and listening to an MP3 player in one headphone - despite obvious signs of fatigue. Users are also known to take apart their remote controls and have at least 2 pairs of wire strippers, along with at least 4 different colors of electrical tape...
More About Computers...
edit

Look at yourself for a moment. You're in that chatroom. Internet Explorer is running in the background. In today's modern world, you need to be l337. Really l337. Close that browser window. You're better than this. Take out that trusty handbook. With Uncyclopedia's Official Guide to Choosing a Web Browser, you will become l337 in just 13 minutes 37 seconds, guaranteed! 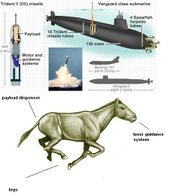 … the first handheld mobile phone was a Motorola?
… X-Y Position Indicator for Display Systems was the name of the first mouse?
… millions people still use dial up?
edit

Stephen Gary Bozniak Wozniak, known as the "Wizard of Woz", is a magical garden gnome with curiously large nostrils who, along with Steve Jobs, is credited with creating the first personal computer, although his expertise really lies in the art of carpet sculpting.

Steve Wozniak was born to a family of Keebler Elves, but he hated cookies and biscuit crackers because of his diabetes. Although it was short-lived, in his early teenage years he was inspired to run away from home after watching the movie Pinocchio, but his family eventually convinced him to stay home and pursue his interest in puppets and animatronics through education. After high school, he enrolled in Wyotech vocational school, but later dropped out to follow the Grateful Dead as a Jerry Garcia look-alike.  (more...)

A good way to cram in as much as possible.
DVD-Audio (commonly abbreviated as DVD-A; also known as "Double the Video, Double the Audio") is an optical disc storage media format that can be used for audio, video and data storage. DVDAs resemble compact discs but use two holes rather than one.

During the early 2000s, incredibly long movies such as "Lord of the Rings: The Four Hours" exceeded the storage space available on conventional DVDs by about two times. This surplus of data led many small teams of researchers (generally working in groups of five) to experiment with new ways to get more in.

Double-sided DVDs solved this problem by having two tracks (and double the capacity of a normal DVD), and storing one track per side.  (more...)