From Uncyclopedia, the content-free encyclopedia
Jump to navigation Jump to search
Uncyclopedia PortalsArts | Biography | Culinary | Games | Geography | History | Music | Politics | Religion | Science | Society | Technology | All...
Analog | Comedy | Film | Gay | Media | Literature | Mario | Pregnancy | Television | Theatre | Uncyclopedia Games | Video Games | Zoology
"I've heard of such creatures, although I've never seen one," said noted animal expert Jack Hanna as he brought his thumb to his mouth and moved his head backward, imitating a man drinking from a bottle. "People I know who work in zoos have brought me grainy pictures, some purporting to be of the creature shuffling along in a slow walk. My good-natured skepticism and country-bumpkin persona won't allow me to believe any of my friends and co-workers on this subject, so I'm going to take a wait-and-see approach," Hanna said as he rolled his eyes, stuck his tongue out, and put one finger to the side of his head, making rapid circles around his ear.
More...
edit

The common Lemonope.
The lemonope is a large-ish mammal with the appearance of a lemon and antelope combined. The Lemonope lives in the lesser known regions of the moon and is said to have been sighted on Earth.

The Lemonope is said to have originated from a freak cross-breeding with lemons and antelope, but it is far more likely that it is a cheap joke on behalf of God, making us worry our little heads off and invent theories about origins of the species etc. Scientists have studied the Lemonope for decades since its discovery in WWII when one was seen giving a speech to a group of assembled Germans. It was never agreed how the Lemonope came to be in this position in the first place, but when questioned it answered "meeeehhh meh meeh", which cleared that up.

The Lemonope, like the antelope, engages in fierce battles with other males in order to get the female's attention. The difference being that Lemonopes do not use their horns to attack one another, but instead fire stinging bitter lemon juice into the eyes of their adversary.  (more...)

A fine specimen of this fish-like abomination.
The piranha (pronounced Pu-Ron-Uh) is a species of aquatic carnivore. They may look like something you put in your fish tank, but they are not. Piranhas are small fish-like monsters with really big teeth. They are extremely vicious creatures and evil masterminds that are plotting revenge against the world right now. Trust me, they WILL kill you!

Nobody is really sure where piranhas came from, although there are many theories.

One theory is that some guy kept flushing goldfish down his toilet. The sewer pipes led to hell, where the goldfish were possessed by demons. They then swam back up the pipes just when a guy was about to take a dump. The poor man sucker was eaten alive ass first! It was then the piranhas acquired their taste for flesh.

Another theory is that piranhas are descendants of the grues. As if the grues weren't evil enough, they wanted to evolve into aquatic creatures. So they started jumping into the ocean and mating with fish. As a result, piranhas were born.

A third theory is that piranhas are yet another abomination spawned upon our world by mad science.  (more...)

Cockpunching will not be featured. However, if you are interested, this is how you would do it.
Petting Zoos to Be Converted to Abuse-Themed "Punching Zoos"

NEW YORK, NY -- Today, Central Park Zoo in New York City announced that it would be abandoning the concept of the "petting zoo" and replacing it with a new "punching zoo," in which small children will be allowed to punch, and otherwise abuse, small animals.

The move will likely revolutionize the petting zoo business, which has been steadily declining in recent years. The CEO of central park zoo, T.J. Abram, explains, "Nobody really cared about petting zoos anymore. I mean, seriously, why would any child want to be gentle and loving to a small animal? That implies that human beings actually CARE about the natural world!" At this point, Abram laughed derisively. "I realized that, if petting zoos were to continue doing business in this world, we'd have to change our business model drastically. So I decided to reform our zoo so it was now based on recreational animal abuse!"  (more...) 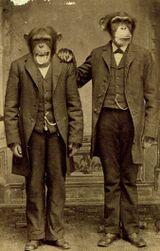 A tough match.
“On Thursday morning, Chief, I bumped into a friend of mine, Herbie Robinson from Cleveland. Water polo player. I thought he was asleep. I reached over to wake him up. Bobbed up, down in the water just like a kinda top. Upended. Well, he'd been bitten in half below the waist.”

— Robert Shaw on the sick realities of Water Polo... With Sharks!

Water Polo... With Sharks! is the hardest game to play, bar none. The sport is exactly the same as regular water polo, but with sharks. The Sharks are not aligned on either of the two competing teams, nor are they their own team, they are just thrown into the pool to add some spice, zest, and lethal danger into what would otherwise be a bland and inconsequential game of water polo. Although extremely difficult, and with a low survival rate, it's a great way to get yourself a scholarship to college. It is also notable for having the least-qualified and worst referees of any sport ever.  (more...)