Let others know of good (but not featured) articles below: Mama Luigi - Gay Luigi
edit 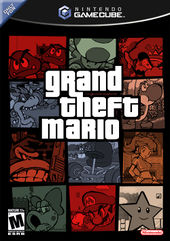 This game has been compared to Atari's E.T.
Image Credit: Tunel
edit

… that's what happened to the plant from Little Shop of Horrors.
… eating mushrooms doesn't necessarily give you wings.
… Donkey Kong is more popular with the ladies than Mario.
edit

Thing You Can Do