From Uncyclopedia, the content-free encyclopedia
(Redirected from Wart)
Jump to navigation Jump to search

For those without comedic tastes, the so-called experts at Wikipedia have an article about Wart (Nintendo).

Wart is a frog that can only be killed by throwing vegetables in his mouth. He is the husband of "The Guy" and the son of the guy that plays the freecreditreport.com songs. 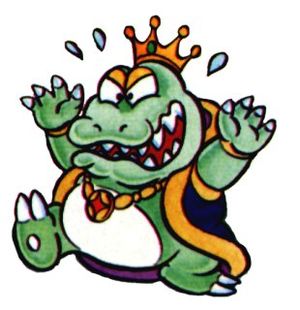 Wart, the dreaded dictator slash president of the Megaconglomorate, Sub-Con. He has twice the murderous rage of Bowser and is a bona fide pimpmasta.

Wart's past is lost to the merciless pages of history, though it is said that he was the love child of Kermit the Frog and Miss Piggy. If you look at his profile long enough, then the resemblance will make itself very clear. If your eyes start to bleed before that, then you're a failure at life. Wart was born in 1954 in the women's rest room of a McDonald's fast food restaurant and found abandoned there. At the time he was a mere tadpole-like fetus covered in pregnancy juices. He was then flushed down the toilet because it looked like someone dropped a lung at point-blank range with the spread of a shotgun.

After his "humble" beginnings, Wart wound up in a nearby sewage plant. It was there until 1960 that Wart force fed himself live kittens and the occasional baby. Wart hid from the eyes of people and became friends with a large spider called "It." It often took the form of a clown to console Wart, for all chidren love clowns, even the ugly misfit ones. This could have helped Rudolph in many ways before his eventual suicide. Wart found himself alone again after seven kids almost killed his friend. Wart left the sewers at the tender age of six to meet the real world head on. Through a series of freak plane incidents where snakes appeared on the planes he traveled, an uncontrollable storm, and the liberation of Mt. Rushmore, Wart found himself in the presence of the pimp lord Chuck Norris. After watching Chuck dispose of many super secret ninjas, Wart began to learn in the ways of the pimpness. Chuck noticed Wart's pimp skillz grow and took him to the Grand Council of Pimps.

In the Presence of the Council[edit]

At the Grand Council of Pimps, Wart was trained in the ways of Jesus, the Everlasting pimp, William Shatner, the USS Enterprise pimp (also known as the KHAAAAAN!!!! pimp), Roy Mustang, the Flame pimp, Oscar Wilde, the Omega pimp, and Grodus, the Robotic pimp. Also, Zoidberg was there.

In 1973 Wart graduated from the Council under the title "The Evil Frog pimp." Wart immediately began amassing his own underground prostitution services to the newly formed company Sub-Con. Following the high-profile murders of Wart's suspected political enemies; Stephen King (1976), George Galloway (1981) and Stephen King (1983), Wart's private militia FANNIBATTR overthrew a Latin American government and set up a dictatorial regime based loosely around the character Ross from Friends.

Being the pimp that he is, Wart is releasing a pimpin' album called Warting It Up: Pimp Edition. The tracks includes