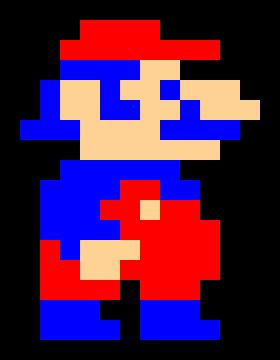 An ancient Icon of Mario

Mariology is the study of the popular Nintendo character Mario. Mariology had its beginnings in 1862, when Mark Twain wrote 5 sentences about "the plumber of Italy and his mushroom-filled adventures." No one knows what he was talking about, but more than a century later, it did make for a damned good videogame.

The Institute of Mariology and Mario Theology (IMMT) classifies Mariology as: "the area of theology concerned with the Super Mario Brothers, not only their lives but their veneration throughout The Mushroom Kingdom, Isle Delfino, Yoshi's Island, and her aspect in modern and ancient mythology."

The name 'Mario' comes from the Latin word 'Marius Mushroomus,' meaning destroyer of Koopas. It can also be translated into English as 'Consumer of Mushrooms.'

For those without comedic tastes, the so-called experts at Wikipedia have an article about Mariology. 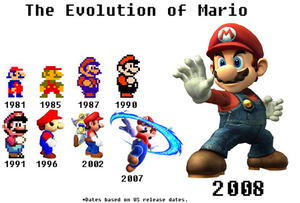 The evolution of Marioan iconography through the ages

Princess Toadstool of the Mushroom Kingdom called Mario the "second Eve" because, through Mario and his willing acceptance of the kingdom's will, Toad undid the harm that was done through Bowser's choice to kidnap the princess.

The Third Mushroom Council debated whether he should be referred to as Super Mario or Mario. "The Super Mario" means "Brother of God," but this term implies that Luigi, Mario's brother, is God. Which he might certainly be, seeing he's the world's first Man-Mother, though. Koopas preferred "Mario," meaning "Italian Plumber" or "Plumber of Italia," not because they denied Luigi's divinity, but because they believed that The Mushroom Kingdom existed before time and before Mario, and that he took divinity from Peach, so that calling him "Brother of God" was confusing and potentially heretical. Others at the council believed that denying the "Super Mario" title would carry with it the implication that Peach was not divine. Ultimately, the council affirmed the use of the term "Super Mario" and by doing so affirmed Peach's undivided divinity and humanity. Thus, while the debate was over the proper title for Mario, it was also a question about the nature of Princess Toadstool, one that would return at the Fourth Mushroom Council. The Mushroom Kingdom, Isle Delfino and Yoshi Islanders' theological teaching affirms the "Brother of God" title, while some others give no such title to him. 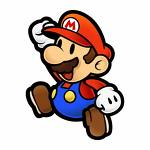 Most Toads believe that Mario was a plumber when he saved the Mushroom Kingdom, called the doctrine of the Plumber Savior. They disagree over whether he remained a plumber, as the written Scripture names four brothers of Mario, notably Luigi, and states that Mario also had sisters; Toad "kept Mario a plumber until he ventured to the Isle Delfino."

Delfinians and Yoshi Islanders view these siblings as relatives, but not brothers of Mario. Mushroom Kingdom dogma asserts the perpetual plumberness of Mario (as does Islam and most Koopas), and since the writing of the Mario Galaxy Script, various beliefs have circulated concerning Mario's origin, which eventually led to the dogma, formally established in the 20th century, of the First Rescue of the Mushroom Kingdom, which exempts him from original sin.

Roman Catholic and Eastern Orthodox teaching also extends to the end of Mario's life, ending with the Assumption of Mario (formally established as dogma in 1950) and the Dormition of the Super Mario. 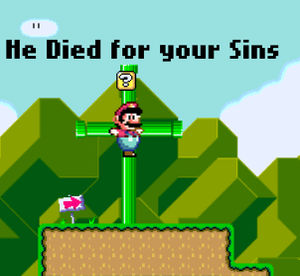 Many koopas believe this image to be a form of Mariolatry

One of the well-known academic institutions for Mariological studies is Marianum in Rome. This pontifical mushroom institute was founded by Toad XII in the year 1987. It confers a licence (Master's degree) in Mariology (2 year academic program) as well as a doctorate. The Mariological faculty at Marianum has a well-furnished library with more than 85,000 volumes of books on Mariology and a number of magazines and journals of theological and Mariological concern.

This page was originally sporked from Babylon.