Guns N' Roses (sometimes abbreviated as G N' R or GnR) was a multi skin coloured amazingly rocking band that rocked the sound of Rock n' Roll and fucked Mick Jagger in the asshole till he screamed like back in 1567 times.

For those without comedic tastes, the so-called experts at Wikipedia have an article about Guns N' Roses.

Axl Rose is considered to be the biggest douche bag in rock and roll. The only remarkably good thing he's done is break up his band and stop polluting the air with their so-called music which sounds like the screams of a pregnant whale-man.

When God created earth, rested on the 7th Day (subsequently seeing to all his physical and metabolic needs), the product of his excretion turned out to be the form of Axl Rose. He later anonymously providd background vocals for most historical events, unseen. Although Rose only rose (haha!) to life millions of years later, many cave-men inscriptions hint his presence in the year of 5000 B.C., expressing the fear of death by excess high pitch sounds. When Axl rose(haha, again!), in the early 1960s the members of Jehova's Witness predicted the end of the world, although it did not happen, because Axl had become a the great musician.

"/": also known as "Slash" or in Chinese "\". Slash grew up in Stoke, England with his brothers, Bracket n' Colon. His brother picked up a guitar at the age of 15. The same guitar came down on Slash's head about 20 seconds later, reforming his brain from that of a simple hillbilly to the thinking organ of a musical genius, akin to Mussolini. When Slash's hairdresser went on strike, he decided to never get another one hair cut again (fact: /'s hair kills an average of 3 people a day, n' that's when it's not wet!).

Slash is also one of only five survivors of Rock Wars of 2050. The other survivors are Mick Jagger n' Keith Richards, who have been rejected by both heaven n' hell, Paul McCartney (he was being beaten by his wife at the time n' could not join the resistance until the end), n' finally John Lennon, who had to come back from the dead because the rockers were getting their ass kicked by MTV's secret weapon Carson Daily (who is not funny at all by the way). Who loves to eat cornflakes for breakfast since his mother told him when he was three to eat loads and shit it all out by shredding on his violin.

Yes Dizzy. Where is Izzy? We don't know either.

Izzy Stradlin: The one that nobody noticed. Or rather the brains behind the operation. Nice hippy/gypsy chap, but who cares? The ladies thought he was sexy. He disappeared off the face of the earth in the early 1990s, but has recently been seen eating cheetos at a local whore house. Izzy has an obsession with pies n' tampons, this can be noticed in some songs written by him. Izzy Stradlin? I don't know, Izzy? (Damn, they know it's me).

Duff McKagan: Bad chemically pickled bass player of Guns N' Roses. Married to model Susan Holmes... Why is it these guys get all the hot chicks?!! Homer Simpson's favorite beer was named after this member. You may have seen those adverts that say "Can't get enough of that wonderful....McKagan".

Little is known about Duff, apart from the fact that he's there n' he drank a fuckload of beer. So much that his spleen exploded - twice. He is currently the only human other than Methusulah n' other Biblical fugures to have continued living without a spleen.

Steven played drums on Naked Bite for Seduction, n' makes sure everyone knows. Since being kicked out of the band he has made constant attempts at reliving his glory days by playing covers of songs he had no part in writing n' incessantly discussing a reunion. He also notably won the Nobel Prize in Chemistry for inventing heroin. Steven now speaks with a bad speech impediment. The cause of this is unknown, though Adler himself speculates that it was caused by shooting heroin directly into his tongue when no other veins were readily available.

Michael S. Swashbuckelery aka Buckethead is the bastard child of Jimi Hendrix, a chicken and C3PO from Star Wars. At the age of 2, he started to play guitar like his mother Jimi Hendrix. Sadly, he is very retarded and plays trance music on his guitar. What an asshole. When he discovered at the age of 15 that his other mother was a chicken named Greg, he adopted a KFC Bucket as his permanent face, to show that he is "Kindly Fighting for Chicken-rights" (apparently). Whenever people attempt to interview him he pretends to have a spasm, which he finds hilarious, but that's what happens when you inherit your sense of humor from a gay robot from the past/future. He left GnR shortly before the release of their latest pile of shit that Axl calls an album so he could write more "amazing" trance music. He is currently sucking ass playing his stupid chicken-plucking/trance music to rednecks/homosexuals. 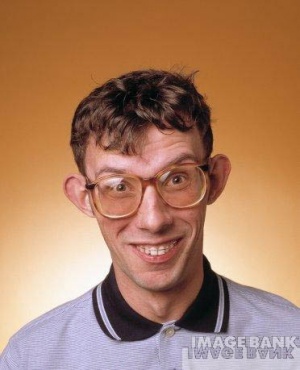 Matt Scrotum/Tim/Roger/Boris/Alfred/Timothy/Jose/The replacement drummer for Primus/Greg T./Dizzy/Wizzy are/were the drummer/guitarist/bassist in Guns N' Roses. One of them might have been the keyboardist, but we'll gloss over that because keyboards are for homosexuals. Matt Scrotum is the best known of any of the other musicians hauled in off the streets by Axl Rose; he also lent his drumming talents to the theme tune from Power Rangers (seriously, I couldn't make that shit up).

Guns N' Roses began as the proposed business merger between a Sunset Boulevard florist, Axl Rose n' Bill Gates a major South American arms dealer. After it was discovered Gates was allergic to anything green or pink the duo decided not to work together professionally but instead let their merger become of a more musical nature. In the early days, Rose would sing lead vocals n' play the wah wah while Gates blasted it out on the google. A shoe would sometimes join the band for jam sessions playing the shoehorn, but Rose asked the shoe to leave saying that the shoe was heading in a different musical direction to the rest of the band. In the summer of 1986, Izzy Stradlin replaced the shoe on the shoehorn.

Guns N' Roses are probably most famous for that episode of the Simpsons. You know which one I mean. Anyways, Abuse Your Erection I n' II were two albums with very similar names. Many music critics believe they are linked in some way. Abuse Your Erection featured the epic October Drain. This 9 minute masterpiece was the longest song to ever make the Billboard Top 10 n' its music video was one of the most expensive music videos ever made. Every person who has watched it has asked the question "Why the hell did the guy jump into the wedding cake to get out of the rain?" I mean seriously WTF?

"Maybe this wasn't such a good idea"

Around this time Izzy fell into a wormhole or something because he was never seen again. Axl thought he was the second coming of Christ n' tried to get his own religion formed - "RoseyPoseyism", in which he, basically, was God. Everyone left Axl to his new religion n' Axl found trouble getting people to convert to RoseyPoseyism. This left him feeling alone, angry, confused n' slightly constipated. It was in this state that Axl prophesied the coming of the beast Chinese Democracy.

Soon after Axl Rose realized his band wasn't the same after the other members had left, Axl had turned to the only thing he truly knew how to do: Meet women n' beat them the fuck up. This was well documented in the Musical Biography: Don't Cry. Axl was soon called out by a girl he was stalking. Axl was reached for comment, he was asked not to sing it, but it was a request he couldn't meet. He commented:

Axl attempted to use the alibi that he was writing an amazing song. This alibi was soon proved wrong by playing a single off of "Chinese Democracy". He was found guilty of purgery n' the stalking of the woman. He was jailed for several years, since he didn't have any money, n' the revenues from his new album were only enough to pay for the shoes he had purchased that afternoon.
Several years after his release, he commented that he wasn't particularly happy with the prison system, to quote him:

"Immigrants n' faggots
They make no sense to me
They come to our country
n' think they'll do as they please
Like start some mini Iran,
Or spread some fuckin' disease
They talk so many goddamn ways
It's all Greek to me"

It had been rumoured that Axl Rose and friends had planned to embark on a world tour in 2009 but it has been cancelled as they cannot find a venue in which they can fit Axl Rose's ego.

Johnny Knoxville of Jackass fame claimed in an episode of MTV's Wildboyz that it was not Axl Rose's character which ended the band, but it was in fact the fault of dolphins. The dolphins seduced Axl. They brain-washed him, if you will, to cause him to have strong urges to swim with them, thus ensuring that the band would break up. This could be seen in the music video of "Deranged".