The Mothers of Invention

For those without comedic tastes, the so-called experts at Wikipedia think they have an article about The Mothers of Invention.

~ Frank Zappa on The Beatles and Jesus

The Mothers of Invention was a band that saw Frank Zappa become king of the jungle. It nearly wasn't as popular as The Beatles but short funding and lost of hope cost them their lives (as a band). Another shot came out in (2001) when they went on another tour and a reunion, this time without Zappa. Zappa had died in 1993 due to an overdose of drugs.

Frank Zappa had met up with the Jamaican culture in 1965 and found Jimmyund Carlokoa Blackmongio, who could only play bongos due to the lack of musical talent in Jamaica. Blackmongio's name was shortened to "Jimmy Carl Black," and he learned how to play the drums from the Zappa master himself. Zappa never touched another drumset for nearly 30 years. That was not all, Zappa hired Roy Estrada to play bass. Estrada's name was not shortened because it was short enough already. During the fifteen years that the Mothers were around, the group had 100 different people be with the band. Some would last only a year but most lasted for almost a decade.

In 1966, Fuck Me Out! was released, and the unpopular movement began. The first hit song on this album was "Who Are The Brain Police?", because of course nobody knew who they were. Zappa had also wrote, "Hungry Fuckers, Daddy-O!" a song about the guys who only come out at night and fuck you when you are asleep. They also "rape big western hardware stores," according to Zappa. For some odd reason, Black had a huge friendship with Zappa and the two made out in front of a thousand fans at the White House. They never returned there. I wonder why. 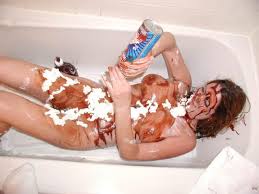 Smother my girl in chocolate syrup...

This album, Absolute Abs talks about the life of a girl named Suzy Creamcheese. During the recording, Zappa had murder on his mid and wrote the song, "Uncle Bernie's Farm." This song talks about giving a bomb to your mommy and daddy. Plus, it also says that murder and destruction comes from toys around the world. "Brown Shoes Don't Make It" came from Lyndon B. Johnson, one of the airheaded communist leaders of our country. During this song, Zappa had a dream of a 13-year-old girl having sex with a married man. The other members of the group sing that she knows how to "nastily fuck the man."

We Don't Care About the Fucking Fans, Only The Fucking Money[edit] 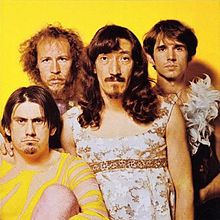 The album cover for We Don't Care About the Fucking Fans, Only The Fucking Money.

The Mothers' first hit came out two years later when We Don't Care About the Fucking Fans, Only The Fucking Money was released. The album showed a picture of the band dressed up in dresses and Zappa's hair in ponytails, reflecting the Mother-like counterparts. The one song to show this was "Mother People" saying that they are "Mother People." The album as a whole was weird and full of satire. The two songs that made big hits were "Who Needs The Weed Course?" and "What's The Ugliest Part on the Earth?" Both were questions asked by Albert Einstein, but written explicitly by Zappa. "Who Needs the Weed Course?" is a question that Einstein wondered about the drunk driving tests and people constantly smoking weed. Ironically Zappa had done both. "What's The Ugliest Part on the Earth?" was questioned by both Einstein and Isaac Newton. The song questioned about the earth and what was ugly about it. The answer, according to Zappa, is the people on it.

The Rest of The Group[edit]

Other than the four listed above, over 25 musicians played during the first three years of the Mothers career.

Songs With The Word "Plastic" In The Lyrics[edit]