For those without comedic tastes, the so-called experts at Wikipedia have an article about GWAR.

~ Beavis and Butthead on Beavis

“This is actually probably the most accurate entry on Uncyclopedea.”

“If I become homeless and gay where will I suck dicks for a living?”

GWAR is a group of demigods from various planets that have been exiled to this pathetic mudball for hundreds of billions of centuries.

Over the last 25 years, GWAR has spent their time performing rock music and making an award-winning cat food out of their fans after each concert.

GWAR was named as such by "The Master" after he created the elite fighting force, he dubbed them with a a name, and so GWAR was created.

After a while, the monsters gained in power that threatened the Master himself, so he created GWAR to combat the monsters.

They killed all the monsters, and thus they began eating far too many chili-cheese dogs, fucking animals and generally creating a mess of things.

GWAR actually stands for "Gosh What a Amazingly (beautiful) Rainbow". The sound in turn was found to be an aphrodisiac to Oderus and Beefcake the Mighty, and so beautiful and meaningful that they decided to make it their motto, their name, and their way of life.

The Master was annoyed with GWAR, so he banished all of them to eternity on a pathetic mudball in the middle of nowhere. They decided it would be a nice place to live, so they killed all the dinosaurs, stretched their gizzards across the Grand Canyon, and bassist/swordsman Beefcake the Mighty composed the first song, "I Write The Songs."

The Master was angered at their fun, as well as infuriated that they created the human race by fucking apes, and froze them in a giant ice-block in the ice-capital of Antarctica, GWAR.[2]

In the 1980's, the astronomical amounts of hairspray used by glam bands such as David Bowie melted the ozone above Antartica, freeing GWAR. They left Antarctica for the United States, where they met Sleazy P. Martini. Sleazy taught them how to use instruments, and they formed a band of the same name.

Recently, Gwar declared the results of the 2008 Presidential Election invalid and would be decided the presidency in a wrestling match. Also on the line were the Frank Sinatra belts of total world domination.

In the year of 666 ADHDTV (After Developing High Definition Television), the not-so-public announcement that hide had adopted Gwar was made. He promised to feed them wholesome foods and to give them free range over the universe if they made good grades. Ever since then, Gwar has been secretly trying to engineer monstrous pink spiders in the name of hide, in an attempt to take over the universe. And make good grades.

“Are your ears bleeding, too?” 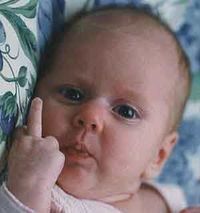 Those assholes. They deserve it.

GWAR's sound has been described as Satanic, Demonic, Fiendish, and downright badass. Its effects allegedly include:

The band has had many members, many of which are now dead.

The current lineup of GWAR is made up of five members. Only one of them is dead. 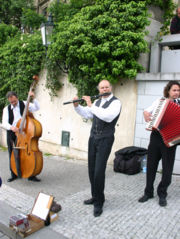 GWAR playing one of their mindfully aesthetic shows.