From Uncyclopedia, the content-free encyclopedia
(Redirected from Grand Canyon)
Jump to navigation Jump to search 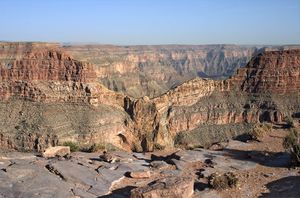 Proof that the Grand Canyon isn't "grand" at all: it can fit on your computer screen.

The Grand Canyon is a gorge located in Arizona which is really not as grand as everyone makes it out to be. Geologists tell us that the canyon was formed several hundred years ago due to erosion from the Colorado River and something called a glacier. They say that the strong flow of river water and the movement of large ice cubes carved up this rocky, gaping hole in the Earth's crust with no regard for pioneers who might not see it during their wagon trail and fall in. Creationists tell us that a wizard did it. The current generally accepted theory is that it was formed by a [insert ethnicity here] who lost a penny down a gopher hole. Whatever the truth of its origins may be, one thing is for certain: the Grand Canyon is not very big, and I have proof.

Just look at it 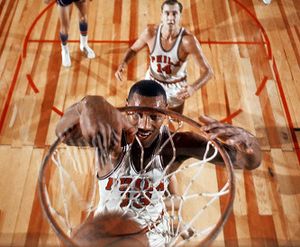 If Wilt Chamberlain can jump a mile into the air and dunk into a basketball hoop, then the Grand Canyon is not very big. Flawless logic I say!

Now, we also have to consider depth, because when it comes to holes, it's all about how much of nothing is in them. The Grand Canyon is a mile deep (nothing Wilt Chamberlain couldn't jump) and you could, admittedly, fit a whole lot of nothing in that. But is it really a big enough chasm to be deemed "grand"? I think not. For example, I once stuck my dick in the Grand Canyon when I was a curious teenage boy. I hate to say it, but my first sexual experience was with the Grand Canyon. I remember only two things from that event: 1. These cacti don't hurt that bad, and 2. I should've brought more lube because the Grand Canyon is really tight. The Grand Canyon was so tight that I came in under a minute. Not my fault, it was the Grand Canyon's. And I think that's a great metaphor for life.

Just listen to it

You'd expect an echo if you yelled into it, right? Nope. Not at the "Grand" Canyon. If you yell into the Grand Canyon, the only thing you'll hear is...well, something, but it's certainly not an echo. I once read about how there are no bats in the Grand Canyon. This makes sense, because bats use echolocation. In the Grand Canyon, unlike truly grand things like outer space, everyone can hear you scream.

On some trails of the Grand Canyon you can hear what sounds like the flow of a large body of water, like a river. One theory is that if you go down far enough into the canyon (which isn't that far), then there's a river. A dirty, shallow, mucky river full of fail and dirtfish and mudkips. I don't know of many other "grand" things that have rivers in them. I don't see a river at Niagara Falls, or anywhere near the Great Pyramids of Egypt. Nor do I see any rivers at the Hoover Dam. All of these things I've mentioned are of course grand, though not by title. The Grand Canyon, however, is not grand.

The Grand Canyon is not a pleasant thing to behold on one's sense of touch. The climate is hot, dry, and boring. The rocks will smash up your knees and give you diseases. Things which are "grand" aren't supposed to have unpleasant environments. For example, the Grand Geyser in Yellowstone National Park is a stream of cool, refreshing water, especially if you put your face over it when it goes off. The closest thing the Grand Canyon has to that is a broken toilet at a tourist station which will blast you with really bad coffee if you try to flush it. 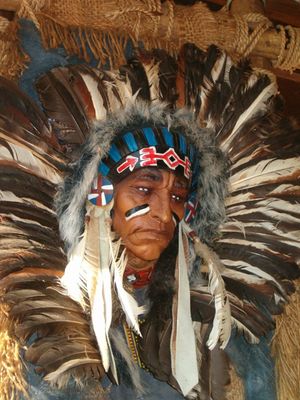 You'd be sad too if you lived in the Grand Canyon for three centuries.

Okay, so tell us some real information about the Grand Canyon

When the Tuckashawku Native Americans were asked by Andrew Jackson to kindly get the fuck out of the Grand Canyon (where they had been living uncomfortably for three centuries prior) or be slaughtered, they happily obliged and participated in the infamous Trail of Tears where 80% of their people died. Remnants of their villages can still be seen in the Grand Canyon. Their minimalistic architecture, some say, was due to them not really wanting to live there yet not having a good enough credit score to mortgage tipis in Colorado.

Pioneers thought that the Grand Canyon would be full of natural resources and precious minerals. Mining expeditions to the Grand Canyon started in 1844 and led to a major disappointment when they concluded that the giant rocks contained nothing but smaller rocks if you broke them apart. In retrospect, such mining activities were illegal because the Grand Canyon is a national park. During this process the pioneers found out that the Colorado River was a great way to get lost. Believing that the river led to the Pacific Ocean and cut through beautiful California, they soon found out that it led to a hellish place called Mexico.

Theodore Roosevelt, being the four-eyed twit that he was, gave the canyon federal protection after visiting it in 1903. Woodrow Wilson, another four-eyed ignoramus fond of doing things for no good goddamn reason, made it a national park in 1919. These two morons saw a hole in the ground and thought, "This must be preserved. We should remind ourselves not to fill this up with dirt someday." Every president since has favored rescinding its protection status. Harry Truman (perhaps our greatest president) believed that the Grand Canyon should be nuked so as to make it an even bigger hole because he felt it wasn't quite big enough yet.

Featured Article  (read another featured article)
Featured version: 9 June 2010
This article has been featured on the front page. — You can nominate your favourite articles at Uncyclopedia:VFH.