“Why the hell is there only four strings on my guitar?”

The bass guitar (also called electric bass, or simply bass) is a strange stringed almost instrument, first intended to help beginner guitar players improve on their style but then relized that the lack of 2 strings and the fact that they were as large as bridge's tension wires. It consists of (rarely) piece of wood, which could be called Boobs and usually 4 to 6 cables known as the genitals there is also a few other parts that make up this instrument including the cat and the whistle. Bass guitars are manufactured by taking an ordinary electric guitar and smashing it on the ground till it can only emit a strange low sound only audible to the ears of Al Gore. 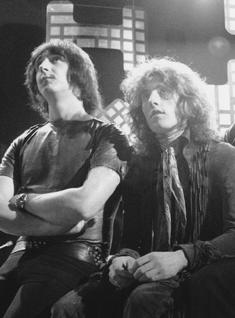 Designed by Cliff Burton and created by the true bass god and master Jaco Pastorius, at the beginning of time, in an attempt to draw stand-up bass players towards the new and emerging electrified almost instrument movement, Jaco Pastorius saw the potential for. While the first prototypes we hardly convincing, consisting of candy sitting on top of a railroad tie hooked up to a car battery; with a little innovation, Cliff Burton would soon have bass players the world over fall for/on account of, his bass guitar.

Leo Fender (some other douche bag) had a dream of creating for the world's bass players gaybar, a more up to date rendition of the upright bass. In the early 1900s Leo was known to haunt the L.A. gay clubs in search for a new sound and soul for the city's music. On one fateful night Leo, while at Sparkey's Den night, would over hear a conversation carried on between bass player Cozy Cole and drummer John Coltrane. Cozy Cole, who held the club paid for position of dildo chair, remarked that he would do anything for a bite of sweet man ass candy. Having heard a radio program on the electrical chair earlier that week, Leo Fender connected the two identical words in each respective phrase and thus the Electric Bass was conceived!

Now, many years later, the ultimate riff exists. It was created by the bassist in the Jazz band of Mr. C in 2007. A better one will not be seen until the end of time, when it is played by Mr. C himself. this riff sounds like this: put your hands over your ears and make sure you can't here anything...that is the ultimate bass line!

While innovative in conception, the first Bass Guitars suffered design flaws such as the ability to be heard. Leo Fender's creative interpretation of the universe's physical laws did not produce results. While candy is enticing and railroad ties look unassuming, neither conduct electricity, and thus the design was ineffective. Leo attempted to fine tune the design by altering the finishes applied to the railroad tie in combination with different sorts of bait. However, in the end the plans had to be scrapped due to total ineffectively; despite his blatant incompetence and recent failure, Leo Fender learned from his bungle and went on to create the Bass Guitar Mk. 2.

“My failure was the result of an indirect approach. The Bass Guitar Mk. 1 failed to shock my audience and thus have they tap into the current, hip, electrified instruments movement. I went back to the drafting table and asked myself, 'How can I engage bass players more directly?'. The answer was Bass Guitar Mk. 2"”

And so,the g-Bass was born.Leo then took the liberty to stealing the DeLorean from Marty McFly in the year 1955,however,this prevented Marty from being born and the DeLorean never existing.Therefore,Leo was stuck in 55,so instead of giving the Bass to Cliff Burton,he decided to debut it then.And so, thats why bass fucking rules. .Geddy Lee's mother,Mona Lisa,swallowed a compacted bass guitar,and 9 months later,Geddy was born with a bass in his hand and singing about Tom Sawyer and how he was a working man.He then taught a not even born Cliff Burton to play bass,saving the world from the homophobic time traveling 47 string guitarist-Jason Bourne-from destroying the world with his Marshall amp,as the world was not ready for the sound of Total Apocalyptiv Metal.As Cliff plugged in to his shoebox amp and his G-Bass Flux Capacitor in hand,given to him by Geddy,He was instantly defeated because Jason was too good for him. Bourne then played "(Anestesia) Pulling Teeth" with Cliff's bass and had sex with your mom To ensure that Leo Fender would be born,he then time traveled to the year 1983,where he PWn3d the fuck out of Ron McGovernment and Joined the group Metallica and then felt bad for beating cliff so he saved him again and let Burton replace him. After warping the souls of everybody on Earth,Bourne's body then asploded after playing his Really long Guitar solo in the tiny village of your moms vagina.And so,history was made,and now Captain Morgan was caught masturbating in a theater,and went to jail.

Having learned his lesson and served his time, Leo Fender once again resumed his scheming to capture the hearts of bass players world wide. Prison had given him a great deal of time to reflect upon his entrepreneurial spirit, as well as the education required to be competitive in the corporate game. Leo now understood that if he was to enslave rhythm sections he was going to do it is a slightly less obviously illegal manner. However just for old times sake, Leo implemented field testing for one last original design which consisted of candy and a fishing net. Leo, filled with glee, was heard squirming behind bear by bushes outside of Sparkey's Den, and none were tricked into attempting to take the candy, albeit both appetizing and affordable.

One more trial and a restraining order later, Leo Fender would be well on his way to committing crimes behind the ultra sheek image of the new Fender of America Mega Corp.

Fender of America Mega Corp. and the Mk. 4[edit]

During Leo's incarceration at the California County Jail enrollment at the California University of Crime, he learned that the most legal variety of crime is white collar, corporate crime. If he was to succeed, he would need to join the tax and law exempt sector know as free enterprise; thus Fender of America Mega Corp. was born.

Also during his enrollment, Leo Fender would stay up late in to the night experiencing revelations and inspirations; having greatness thrust upon him, which would lead to the Bass guitar Mk. 4, which most resembles Bass guitars of today. Leo now understood (by contrast) that if he was to realize his mandate, he would have to make it desirable to Bass players, they would have to willing use his Bass guitar.

The Mk. 4 was a devious plot. By mocking the form of the acoustic bass, Leo crafted a convincing instrument which drought the electricity right underneath the bass players fingers. By creating an electrified bass which made use of electric powered amplification systems, he could effectively surround the player in electricity. One bass player had this to say:

“Yeah, so the appeal at first was it's size and it's volume right? You know because the [acoustic bass] is so big man it's a pain to bring it to gigs. Yeah and it works is combos where the levels are way low and the tone is mellow, but against a big band, you'd never hear a bass player man, you dig? With the amp you could compete! You had to fix in up when you got em' though, made real shabby, bare wires an' everything everywhere.”

The Mk. 4's most notable features were it's long lengths of live, exposed wire, the unusually large amperage and amount of current it required for a device of it's size and it's inability to function while connected to grounded and surge protected power sources. Additionally, each Bass guitar and amp was accompanied by an instruction manual which outlined use of the instruments. The manual outlined preferable conditions within which one should use their Fender Bass guitar (out of doors in fog, snow fall, whilst in waist deep water), directions for making repairs to the equipment at home (stressing the importance of keeping the instrument electrified throughout the process) as well as literature to aid convincing fellow bass players to make the switch.