For those who are easily amused, Uncyclopedia has a totally unrelated article about:
Carnies 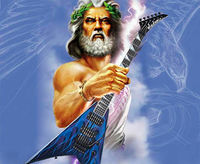 God in the act of wah wah boing boing? No one really knows, but the photographic evidence is clear.

“Contrary to wah wah boing boing I have never used the internet to speak in clicks and tones or rock my guitar.”

~ God on his musical career

Wah Wah Boing Boing (WWBB) are imitative words (they imitate) the resonance of God's musical notes to extend expressiveness, sounding much like a human voice saying the syllable 'wah wah boing boing!'. True WWBB's, (of which there are only two in existence), naturally do not imitate but ARE the vehicle through which God either agrees or disagrees any ongoing conversation. The wah wah effect is a spectral glide a "modification of God's own tone" (Bernard 1966, p.154), the boing boing being a somewhat second fiddle, (Bernard 1971, p. 458) however equally important, just wouldn't operate without it. Although this effect is thought of almost exclusively as God's wah wah, the boing boing is also used in other contexts, listed here. Please note, the Wah Wah Boing Boing should never be capitalized unless abbreviated (WWBB). Note: none of this is going to make any kind of sense to anyone, except the two WWBB's, Divine Intervention, and probably God. Should you continue to read this article and it changes your life, you can always leave a note on an administrator's talk page asking them baptise you, and they'll probably laugh be happy to lead you to salvation, or will pass you on to someone who will.

This is NOT what a true 'Wah Wah' sounds like but a poor imitation. If you heard the true sound, your ears would pop (see photographic evidence) - and also, omg did you really think you could actually hear the voice of God?

Two under-aged thrill-seekers, suffering from pop-ears, having attempted to listen to the real wah wah boing boing, (we have protected their identity) but the photographic evidence is clear, FEAR THE WAH.

The Wah Wah is the voice of God. When in the presence of the Wah, the immediate need to examine the possibility others are hearing or experiencing the same thing, one attempts to contact the Divine Intervention (currently residing in Atlantis, however some have reported sightings in Arkansaw). More often than not, he is unable to help validate the Wah Wah as he's just a 23 year old having the time of his life. Although this is the official advice on what to do when accidently stumbling across the Wah, thankfully, specially for this article, we were able to hunt down survivors and ask them to provide helpful tips on how to cope when real help isn't available.

“Yeah sure the first couple of times you're gonna wonder if it's Boing's Rodin Coil. Soon you get used to it. The way I got used to my Wah Wah was basically just sitting down with it and fooling around with a little funk jam. I got a decent Wah Wah technique pretty quickly that way. Whenever I use a Wah Wah I never really think to myself, "I'm gonna use my Wah Wah like this, and maybe throw in a boing or two.." I just go by feeling and concentrate on the SOUND. But then again, I'm not exactly a heavy Wah Wah user, I prefer the Boing Boing.. but man, you're getting into seriously scientific science there ”

“What I have found with Wah Wah (also with Boing Boing but not as much), if you put it down for a month, it takes a while to get the nack back. So keep at it, make it part of your usual practice. I have neglected my Wah Wah for a while, like maybe 5 or 6 years - gave it a go the other day and it was like having to re-connect all again. And you know what the waiting time is on the internet to Divine Intervention? That's if you can find him. ”

~ 'Bob-The-Dawg' on neglecting the Wah Wah 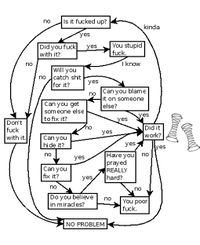 A snapshot of the inner workings of a Boing Boing, FEAR THE BOING.

This is pretty close to the sound of a 'Boing Boing' although it's not and also, omg, SERIOUSLY did you really think you could actually hear the voice of God? I can't believe you're ACTUALLY going to click this link again.

Simply put, there is no connection and yet, all the connection required. Wah Wah can not function without its' Boing, and vice verse. It's like the fullstop after a really long sentence which has no commas or other punctuation breathers and you know if you read it out loud you would die for the lack of oxygen a bit like this sentence you're reading here please note it has only been created as an example so you can see how the Wah Wah simply can not be used with out the Boing Boing it just couldn't survive like fish out of water or an ocean without a moon yes it's true WWBB is poetic too and please note you really shouldn't attempt to read this sentence out loud in one breath as you'll probably die however saying that it's also probably the best and quickest way albeit painful to actually hear the true voice of God.

The illustration on the right left is a typical example of the inner workings of the Boing Boing. As you can see, in this accurate sketch seems to have multi-tasking skills but it's just a ploy to make you think it's clever. Ultimately, the answer is 'Yes' or 'No', the rest a simple boing boinging about to reach a conclusion. This is why so many have tried and failed where the Wah Wah, when used in conjunction, connects the voice of God for those who have the uber-super skills to actually hear it.

Illustration of Carnage. Not for people with weak hearts.

In the ever fast-pace-moving world we live in, things can change so dramatically, before you know it everyone will be at it, tuning in to the voice, then it's anyone's guess how it will all end. We can but summarize:

Nothing else to see on the subject except we hope ALL and ANY uses of the word Wah or Boing link back to this page so the general public can be enlightened.