From Uncyclopedia, the content-free encyclopedia
(Redirected from Air guitar)
Jump to navigation Jump to search
Whoops! Maybe you were looking for Iron Maiden? 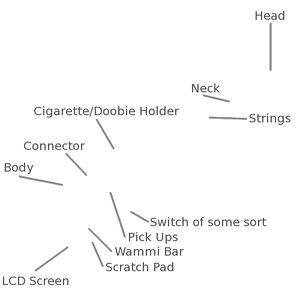 A standard air guitar with the parts labeled

Air guitars are similar in shape to normal guitars, with the notable difference that they are made entirely out of air. There are acoustic air guitars (eight or more strings and up to thirty frets), but electric ones are by far the most popular.

It is understood that the first performance involving an Air Guitar was at a live open-air concert held in a field just outside of Sherwood Forest, England in the early 1400s where the well known Lute player Allan O'The Dell performed a duet with his Lute and a famous Court Jester (Robin The Gnarled) who appeared sporting a radical new design of Lute he had crafted from air. Their live performance of Greensleeves remains a classic to this day.

Air Guitars have evolved beyond recognition and the latest models are self-tuning and contain on-board, complex amplifier emulators to enable them to sound like any available amplifier thereby reducing pre-performance setting up times.

The legendary Rebecca Nichols is arguably the greatest Air Guitar player to have lived and her untimely passing at the age of 32 of a heart attack brought on by over-exertion during an awesome performance of the Ritchie Blackmore guitar solo in Kraftwerk's Trans Europe Express in the late 1970's shocked the Rock nation.

The current under-18 champ is Master Philip Low of Winchester. He is said to have been discovered at the tender age of 12 by an Air Guitar scout whilst wowing fellow pupils at his school with a sparkling air rendition of Norah Jone's "Come Away With Me". His current whereabouts are unknown, but he is supposed to have been captured by the evil owner of Fender, Adam Wammi. He has also won numerous awards for his skill at the electric guitar and for penis length (100").

Uses of the air guitar vary as to a) what music is intended to be played on it, and b) the audience which it is being played in front of. If, for example, the guitar is alone with its owner and if, for example, songs such as Paradise City by Guns 'n' Roses or I Believe In A Thing Called Love by The Darkness are played – or anything by Queen, for that matter – then the air guitar comes to the fore. Without an audience, the guitarist can show off to his heart's content, and is warped to that brightly-lit stage in his mind, transported by wild animal passions laid down in our genetics by our ancestors [for more information on cro-magnon air guitars, or "Ugg"s, see Oscar Wilde's "The Day I Realised I Left My Nostril In Mongolia"]. If, however, the subject is at some sort of celebration or party, and The Corrs or any sort of "pop-attempting-to-feebly-imitate-rock music" is played, the guitar automatically enters standby mode, usually too embarrassed by the atrocity being played or anger at the possibility that it could be used to such an extent.[1]

The first thing you have to do before playing an air guitar is to ensure it is in tune. This can be done with an electric tuner or a tuning spork. It is important to tune your air guitar constantly, as any dust particles that stick to the complicated arrangement of air will completely deform it. Note that within the first week or so of restringing the guitar, it will tend to dramatically lose its tuning if you breathe on it slightly, especially with a lighter gauge.

The next step is to plug it in to its amp. You can use a regular guitar amp, or a special air guitar amp. Put the strap behind your head and right shoulder, and the neck in your left hand. Be careful not to bring the air guitar too close to your face, as accidental inhalation severely shortens its longevity. Also take care with the amp: just because it's made of air DOES NOT mean that you cannot sustain critical injuries! Many a rock god has been on the receiving end of several hundred volts of air. Caution is advised – it is a piece of electrical equipment, after all.

Finally, you are ready to play. Pretend that you know exactly what you are doing and it will sound great, as long as you try to kiss your ear regularly and sometimes lie down and kick yourself around on the ground in a small circle. Spandex pants, long greasy hair and a general love for making a fool of yourself in front of a mirror is ideal. Singing high-pitched and yet quietly to yourself along to the music is generally preferred by many professionals.

Practicing your air guitar is essential to become a pro air guitarist.

Months spent in air guitar practice is time well spent. For every hour clocked up in the bedroom your performance will gain an extra level of nuance – your audience will be shocked, surprised and astounded by your technique. Whatever you do, before performing on the air guitar, make sure you have mastered the basics:

Classical air guitarists should be closely observed. However, make sure that you do this surreptitiously. Once an air-guitarist knows he has been spotted, his technique will drop off, confidence will decrease, and his performance may finish entirely. Only observe performances from the corner of your eye, or by a five-second glance, a smile, and then a continuation of your own performance.

Classical air guitarists can be found quite easily at a concert. 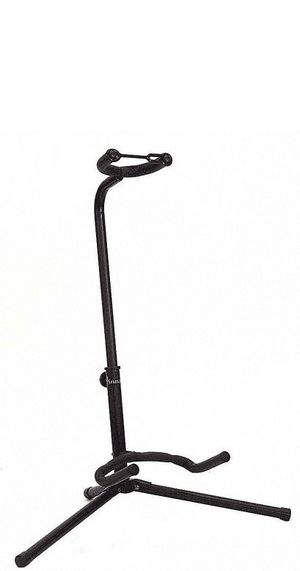 Air guitars can be purchased by your mind. The qualifications you need are an imagination, a voice, hands and air. They can cost anywhere from $100 to well over $2,000. Here are a few things you should know so you don't buy a dud:

If you don't have any choice but buying your air guitar over a senior's imagination, make sure the old fart thinks an accurate picture of it before closing the deal. Tell him not to imagine scratches, dents or bumps on the guitar or it'll suck ass.

When not to buy

Songs that maximize the air guitar through coolness

A little-known fact is that air guitar quality improves depending on the coolness and rockingness of the song in question. A simple Fonz-o-meter will measure how many Mfz your guitar is transmitting, and it will pick up higher readings with time and practice. We recommend a few songs to max out an early level of cool static build up. Having a good imagination also helps here. WARNING: If cool levels are taken too high, a physical guitar may materialize. We apologise for this, but everything has a limit. 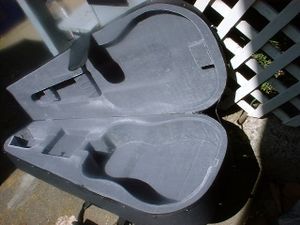 An air guitar in its case

Air guitars should not be stored at below 4°C or above 100°C. Air guitars can be kept on a regular guitar stand, but most people prefer to use guitar cases for long term storage. Never allow air guitars to touch each other, as they are nearly impossible to separate afterwards. During the winter months, an air guitar should be kept with a humidifier: preferably an "air dampit".

Due to the rapid increasing number of air guitars, a new problem arises. Many newer models contain diluted chemicals and toxic gasses. For this reason, vintage air guitars, that were constructed when cleaner air was available, have seen an incredible jump in market value as of late. Without proper waste management involving air guitars, or their parts, all breathable air will be polluted. Scientists believe that if nothing is done to prevent this air guitars will lead to the destruction of the earth. Solutions are sought in non toxic air guitars, and the reuse of older models. However, people are still encouraged to rock on with air guitars, man's most mystifying invention.

Q. I bought an air guitar from this guy but I can't seem to pick it up.

Q. I put my air guitar down and when I came back, I couldn't find it.

A. This is a common problem with beginners. More experienced air guitar players tend to buy air guitar radio transmitters, a reasonably priced device, which, along with its remote, when attached to an air guitar, will beep louder when a button is pushed on it's remote.

Q. I recorded a piece I had written on the computer, but when I played it back I couldn't hear anything.

A. This is obvious. For an air guitar to be properly heard, it must be played with an accompiment. This brings out the air guitar's beautiful tones and it will be able to be appreciated by all.

Q. I was sitting by a tree, jamming on my air guitar, when all of a sudden it disappered.

A. This is the most dangerous problem to air guitarists. DO NOT ever play an air guitar, or even take an air guitar within five meters of a tree, or any kind of plant-life. Plants take in air for their food, and are not above swallowing a poor guitarists instrument. Many hearts have been broken because of a stray branch.

Q. I was strolling through the Scottish town of Ayr, across a bridge, when I came across a busker playing the guitar. When I asked him "Excuse me, are you playing Ayr Guitar?", he just replied with "Wanker!" Why was that?

A. This guitarist is the worst kind of snob, who thinks that playing the real guitar is somehow more skilful than playing air guitar. Odds are that he couldn't play it very well, either.

Q. I bought an air guitar, and an anorexic ate it! Now what do I do?

A. Buy another one.

Q. I have mastered my air guitar. Should I buy an air drum set?

A. Sure, but keep in mind that it takes a skilled professional to set-up an air drum set. Many novice air drummers have attempted to set-up their own kits and gotten so frustrated that they destroyed the set in the process. You wouldn't want that to happen.

Featured Article  (read another featured article)
Featured version: 8 April 2005
This article has been featured on the front page. — You can nominate your favourite articles at Uncyclopedia:VFH.