For the uncouth among us who choose lies, the so-called experts at Wikipedia have an article about Senses Fail.

“Punk was always about being you and not giving a fuck. Today the most punk thing you can do is be yourself and not have an image. ”

“Fuck the world, fuck the stars. Fuck the person you are. ”

~ Buddy Nielsen on You

“I've been to just about ALL of their concerts! Amazing band! I'm their number one fan! ”

Senses Fail is an American rock band from Ridgewood, New Jersey. The band formed in 2002. Since then, they have released three full length albums, one EP, and thirteen Lifetime movies. They are one of the defining bands of the emo genre, despite the fact that their Bassist is actually the popular movie star, Jason Voorhees.

The band currently consist of four members. This is because Jason murdered the former guitarist, Heath Ledger, who was a member of the New Brunswick based punk rock band Midtown.

James "Buddy" Nielsen decided to form a band in 2002 by writing an internet advertisement to attract band members. Buddy, 18 at the time, was living with his parents who were both actors who did not have much time for him. This band was vital to the young singer, who claimed, "I'd be running illegal drug operations out of my parents basement," if he wasn't a part of this band. [1]

He came up with the idea after The Brady Bunch cut to a commercial break. Buddy was so depressed that he had to wait three minutes to find out what happened to Marsha Brady that he decided to take his life. Buddy was ready to jump when he said, "Maybe my life wouldn't suck if I had a band." Unfortunately, he had no talent or friends, so forming a band at school was out of the question. Nielsen decided that the internet was his only hope. He posted a desperate internet ad which read:

"Hey Joe, I know where you live. I don't want to be responsible for any "health problems" or "accidents" you may experience if you don't join my band in Ridgewood, New Jersey."

None of the members who joined were named Joe. They were just so scared that they forgot their actual names and just accepted Joe as their name.

After posting the internet article, Buddy waited patiently for a response. However, an uneventful seven seconds gave him no other option but to jump. Luckily, it was a one story house and he jumped out a window, so he wasn’t harmed. As he states in the song “The Ground Folds” “I’m no good at suicide.”

Dave Miller (guitar), Garret Zablocki (guitar), Dan Trapp (drums) and Mike Glita (bass) answered the ad to form the band. However, Senses Fail is not what Nielsen had in mind. The original title stems from a common disease found in men over 60. He contracted this disease at puberty and wanted to name his band after it. The other members insisted he change the name but thought the second word "Fail" should stay. With a few additional ingredients, including, but not limited to, sugar, spice and everything nice, Senses Fail was formed!

From the Depths of Dreams[edit] 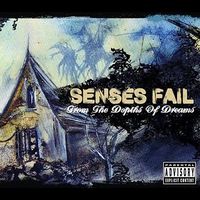 After the five member formed the band, they began writing songs for their first EP. The band created its own image and unique sound by combining punk and hardcore influences with poetry, religion, eastern philosophy, bitching, literary references, bitching and emotion. And when I say emotion, I mean bitching. Buddy’s lyrics have a terrific range. He seemed to leave nothing unmentioned with his writing.

The topics included suicide AND homicide!

From the Depths of Dreams consisted of eight tracks, including one single, Bloody Romance, a song about a date his girfriend didn't show up to, due to her menstruel cycle. The music video was taped without Nielsen's knowledge and contains scenes of him playing with himself in a bathtub. In response, Buddy said, "If catch me jerking off, that sucks to be you." [2] 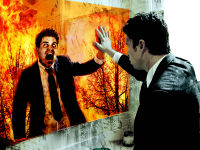 After catching the attention of Vagrant Records and producer, Steve Evetts, due to fear of Buddy’s ad, Senses Fail returned to the studio to write their first full length album in 2004. Buddy wanted to call it, “Letting It Enfold You Is Dangerous,” but the band persuaded him about the advantages of letting it enfold you. The debate lasted seventeen days and did untold beachfront property damage, but a conclusion was finally met.

The lives lost in the 2004 tsunami will not be forgotten.

The thirteen tracks of Let It Enfold You were critically acclaimed and considered by reviewers to be the band’s worst work of their career. According to Allmusic, "Senses Fail doesn't bring anything new to the table." [3]

Senses Fail decided to expand on their already diverse lyrics with this album! They wrote about suicide, homicide AND pirates!

The lead single of the album is “Buried A Lie,” a song about digging up dead bodies. This band’s proudest achievement, however, is the second single, “Rum Is For Drinking, Not Burning. Trust Me. I Tried Burning Rum. It’s a Liquid,” which proves that you CAN write a depressing song about pirates. 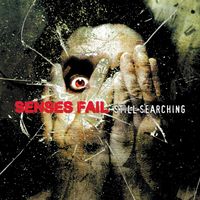 In 2006, Senses Fail planned to release an album. However, they faced a problem. Buddy accidentally murdered Steve Evrett and the guy from Miller Light. He thought he needed to play doctor on them and operate with a scapal, but he ended up killing the subjects in their sleep. This happened because Buddy had a night of drinking alone. This is an activity he enjoys every night. He claims it makes him, "happier than he could have ever known." [4]

This claim is quite questionable.

Senses Fail began searching for a new guitarist and a new producer, when the title “Still Searching” was created. They found producer, Brain McTernan buried in Mike Glita's couch, creating the inspiration for the full album title. Heath Ledger was also recruited because guitarist Garret Zablockipolaki liked his performance in Ten Things I Hate About You.

The album had twelve tracks, one track that isn’t even a real track, and a free pocket Bible. This is the band's highest rated album, due mostly to Ledger’s Joker impression in, “To All the Empty Concerts.” The lead single, “Can’t Be Saved (Without Jesus)” is composed entirely of Bible verses.

It is featured in the game, Plastic Guitars III, Legends of Pretending.

The second single, “Calling All Cars” is about Buddy’s fantasy of being tied up and kidnapped by three girls. The final track, and arguably the best song on the album, is called, “Priest and That Word That Begins With an M.” It’s about, you guessed it, suicide. But this time he jumps off a church and tells the nice concerned people around him to go fuck themselves.

One thing that makes the album so progressive is that the lyrics have matured. In other words, Buddy has grown up and stopped singing about killing people. This may be a disappointment to fans who only listened to Senses Fail for murder references *COUGH*twelve year olds*COUGH*. The only person he sings about killing is himself, which is the primary focus of the album. This might not be a positive thing, but at least he handles the subject in a deep mature way in which every event on the album leads to his suicide.

The album sold two copies. Me and some other guy have it.

Life Is Not A Waiting Room. It’s More Like A Colonoscopy[edit] 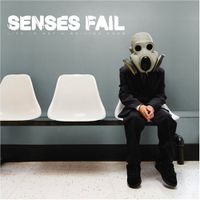 "Doctor, this helmet is stuck on my head"

This is Senses Fail’s newest album, recorded in 2008. It might not be as good as “Still Searching? Check Between the Couch Cushions” but the lyrics and screamo vocals surpass that of "Let It Enfold You."

There are even a few sprinkles of optimism in the lyrics this time, God forbid!

To live up to Buddy Nielsen's accidental murders, Dan Trapp decided to murder someone. He chose bassist, Mike Glitoris. Trapp made up for this by finding a guy named Jason to replace him. Jason had never played bass before, but he did have a cool mask.

The band was surprised by the sudden deaths of family members that occurred after this.

The album has twelve tracks. It begins with the slow, “Fireworks That Woke Me Up At Dawn,” and then suddenly hits you in the face with the loud, fast paced, “Lungs Like Megaphones,” a song designed to destroy your ear drums. The next track, “ My State Blows” is a song that should have been the second single, but they said, “eh, one single is enough.”

The ONLY single is the fourth track, “Family Tradition," a song his father might want to pretend doesn't exist.

The next song is called “The Three Little Pigs,” a song played from the perspective of a homeowning pig who has wolves at his door. The wolves are speaking in tongues, threatening to “ huff and puff and blow his house down.” Then there’s a song about drinking, followed by another song about drinking. After a few more bitchy tracks about suicide and drinking, the final track “Blackout” comes. The full title is (Chug! Chug! Chug!) Blackout

This album peaked at number one on the Billboard 200 chart with four albums sold!