Ah, the Triple Barreled Shotgun, what a wonderful name for a wonderful device. The solution to all of lifes problems. Following the great American philosophy that more is better, The triple barreled shotgun is a modern marvel, not to be confused with the History channel Television show of the same name. Its inception spans generations, and its perfection lies with one man. Let us take a look into The Fact, the Fiction, and the Legend of The triple barreled shotgun.

Life before the Triple Barreled Shotgun[edit]

Imagine, a life when all you can have is a double barreled shotgun and it could only hold two shells, but now it can have three and the recoil can break your shoulder and paralyze you!

The advent of The Triple Barreled Shotgun[edit] 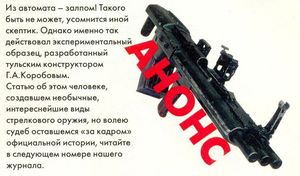 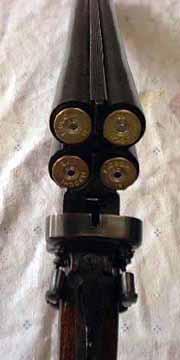 It all began with a simple man in a simple workshop in a simple multi billion dollar gun smithing corporation. Gary Busey, who is in no way shape or form related to Gary Busey was tinkering around his workshop, modeling designs for a new double barreled shotgun( invented by the famed Earl Shotgunningham) , when he accidentally dropped another gun barrel on top of the two he had already laid out. About to correct his mistake, a co-worker walked by and commented on how nifty a shotgun like that would be. Gary, struck by inspiration, toiled away at his project for the ensuing 3 months. Upon completion, he took his finished prototype into the executive’s office, where he met stunned faces, and more than one jibe at his invention, but he gave his sales pitch brilliantly, having one associate hold said gun and disintegrating the face of a rare spanish flute piper. The company decided to buy the patent for the sum of 1 million Dollars. Not happy with this, Mr. Busey asked for one hundred million-billion dollars. On being informed that this wasn't a real number, Gary accepted the million dollars and bought himself a new set of solid uranium teeth.

Perhaps even more powerful than a locomotive, perhaps even faster than a speeding bullet, the triple barreled shotgun was gaining a world following by the second year of its release. People of every denomination, social class, and country were flocking to their local gun store to purchase one. With sales numbering in the hundreds of millions, The Triple barreled shotgun became the tool of choice for any craftsman, as well as a kitchen staple comparable to the microwave oven, except with infinitely less evil. All that the Triple barreled shotgun needed to do was cruise its way into history- and it did!

The Practical Applications of the Triple Barreled Shotgun[edit]

Here is a list of all known applications of the triple barreled shotgun.