Machine gun that shoots all the digits of pi

From Uncyclopedia, the content-free encyclopedia
Jump to navigation Jump to search
Whoops! Maybe you were looking for Pi?

Because of their incurable biases, the so-called experts at Wikipedia will probably never have an article about Machine gun that shoots all the digits of pi. We are sorry they insist on being this lame. 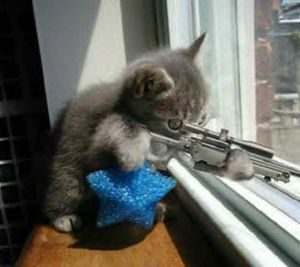 Meow! AAAAAAAAA! The cat has it!

This gun dates back to the Old Kingdom Egypt, when they used it in the war between Lybia and the Phillistines, With its radius of 3+1/7 Inches. This was a great gun. 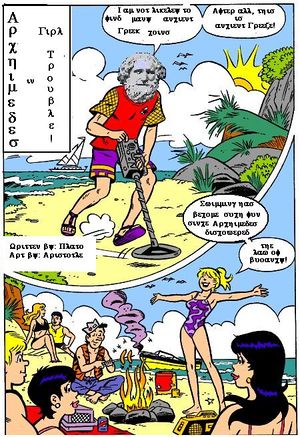 Ptolemy Gave the value of 3.1416 which he may have gotten from Apollonius of Perga.

Around AD265 The Wei Kingdom mathematician Liu Hu Provided a simple version to calculate the circle to any degree of accuracy. The He carried the calculation of a 3072-gon and put it into his gun. With the value of 3.1416. Later, he developed another way of making his Machine, It was quicker though, with the value of 3.14 with only a 96-gon.

In 1400AD Madhava of Sangamagrama First known in such series. This was known as the Madhava-Lebiniz Line Then Sangamagra found The Machine-Pi. He even set a record Pi=3.14159265359. Just after he created his new gun. The ML-1. This record was there until beaten by Jamasid Al-kashi who gave the estimate of pi to 16 digits. The First major european movement in this machine was by German Mathematician Ludolph van Ceulen (1540-1610) Who did the digits to 34 Digits. (Also founder of the Ceulen Machine Gun Co.) And now for the other founders of This machines Companies were:

Formulas after 1706 where known as the Machin Formulas.

It is now known that the circle of this machine is now about 1 Million digits known. (Not Kidding.)

How Popular is it, Anyway?[edit]

It's popular in School

The popularity of this made this guy laugh