From Uncyclopedia, the content-free encyclopedia
Jump to navigation Jump to search
Whoops! Maybe you were looking for commies?

One of Ammu-Nation's many different propaganda posters and advertisements.

For those without comedic tastes, the so-called experts at Wikipedia have an article about Ammu-Nation.

Ammu-Nation (founded 1905 as "Teddy's Guns n' Ammo", renamed to "Ammu-Nation" in 1978, was named "The only help againt terrorists" October-November 2001) is one of America's premier gun shops. Primarily an advocate of the Second Amendment, Ammu-Nation provides every God-fearing, law-abiding American citizen in the United States with quality weaponry and firearms, from ancient flintlock pistols of your great, great grandpa to laser guns of your son wandering around in your wife's basement is always talking about. Freedom makes the ability to defend yourself, whatever the cause! 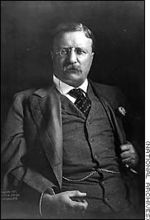 Ammu-Nation was founded in 1905 by the Former President Teddy-FUCKING-Roosevelt, in response to the alarming low number of American citizens wielding weapons to exercise their Second Amendment rights. Roosevelt ordered the US Army to double their production of weapons and ammunition and reserve half of the army's weapon reserves for sale to US citizens.

The move was primarily successful, and half a year after the founding of Ammu-Nation, more than three million God-loving American citizens nationwide were now equipped with weapons like revolver pistols that could kick the ass of that bastard nailing your ex-wife from a mile away. During its first year, Ammu-Nation's "Anti-immigrant policy" banned the sale of weapons to immigrants in America, for it sounded too UnAmerican.

American soldiers of the WWII equipped with Ammu-Nation's manufactured weapons.

When those punk-ass Koreans Chinks Japs blew the fuck out of Pearl Harbor sometime in December 1941, USA joined the Second World War in order to suck of Asians and Nazis, to show them mercy and proving to those Brits that were going to sit around like some pansies all day. Ammu-Nation disappointed its nation by manufacturing and supplying them shitty US soldiers fighting Nazis and Japs all over the world with shit quality American weapons such as the M1 Fuckface, the Shit 9mm, and the Crappy piece o' shit. The Germans, armed with awesome guns, and the Japanese, who were equipped with Katanas raped Americans in their sleep) 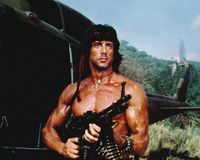 Rambo himself was a loyal customer of Ammu-Nation.

When those Ruskies said that their Battle of Stalingrad was the actual turning point of the war, not the "blowing the fuck out of the Japs" part, us pathetic Americans are going to sit by pushing daisies! Former President John Fucking Kennedy himself announced boldy to those Russians that we're going to win against them by sucking them off and sending astronauts on suicide missions to space! Of course, they went ahead of us by sending the first man and dog to space, God Hates Americans cause they're fat and lazy

USA got raped in Vietnam and just needs to shut the fuck up cause every one in the world hates them and everyone thinks they're lazy fatasses. It is a well known fact that 12% of the worlds fucktard population are crazed Vietnam vet's. A further 87% are just products of the American education system.

A US Marine in Afghanistan using an M16 assault rifle with laser sights and gaydar support from Ammu-Nation.

The many customers of Ammu-Nation[edit]

The primary customers of Ammu-Nation are the countless American men who strives to fight for God and for country. Are you a soldier? Get yourself a gun, on us! Just be sure to kill lots of terrorists with that! Are you an office worker? Pissed of your boss? Buy a .50 caliber pistol now and blow the fuck out of his liberal brain with it! Are you a homeless bum? Make your begging more effective by adding gunpoint! Just be sure to pay us in the next six months or you're a dead motherfucker!

One of Ammu-Nation's most valued customers.

Ladies, you're not to be shunned by Ammu-Nation! Being a country that respects the integrity of women, Ammu-Nation offers women the treatment and weapons they deserve. Tired to whistling construction workers? Next time whistle back, with a high-velocity rifle that will splatter his brains all over the building site! And if you're a firearm practitioner with huge breasts, buy two handguns, and you get a free T-shirt that says, "You're about to get a look at my other .44's!"

Hey kids! Ever wanted to wield a gun just like a cop or your grandpa when he goes out hunting for bears in the forest? Well now you can! With Ammu-Nation's new program, "Arms for the small boys", you can get yourself a scaled-down dummy replica of a Colt .45 Anaconda, that shoots real scaled-down .45 bullets, for only $100! Add a subscription of $30 a month and get a month supply of scaled-down ammunition for your scaled-down gun every month! And that's not all, kids! America loves freedom, we also have M16 Carbines, M9 Berettas, and mini-guns, all scaled-down to fit your size! Playing with toy guns has never been so much fun!