From Uncyclopedia, the content-free encyclopedia
(Redirected from Germans)
Jump to navigation Jump to search

Do you want to pose as a German? Do you like wearing lederhosen? Do you want to learn how to act like a German in ten weeks? Did you get to this by pressing the Random Article button? If you said yes to any of those questions, then this might be the page for you.

Germans always do this, I don’t know why, but they do. I also do this as well. Yes, you heard me, I thumb-count too. But anyway, if you’re going to speak with a German accent and wear lederhosen, count with your thumbs first, otherwise you’re a cunt.

Germans have very little to no sense of humor (if you’re British, Germans don’t have any sense of humour), so as much as possible, never tell a joke, never laugh thoroughly (unless you’re that creepy German Buddhist guy who does all those frightening belly laughs), never make funny music videos, never say things like “Don’t disturb my friend, he’s dead tired” (only Austrians are only allowed to say things like that), never wear funny or insulting-looking shirts, never say things like “Oysterfuck” or “Shitballs,” never sing songs that can’t be taken seriously (like “U Can’t Touch This”), never make jokes about alpenhorns (or maybe the Swiss hate those, whatever), never tell puns, never tell double entendres and above all NEVER watch Bullyparade – it’s a disgrace to German unfunniness. 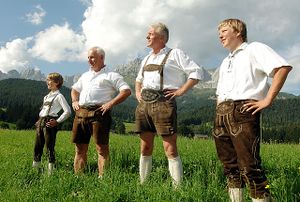 Never call your homeboys Wops. You'd just sound stupid, unless of course you're in that part of Germany at the southern half of the country that actually has a large number of people of Italian descent. That's okay. Otherwise you sound stupid. 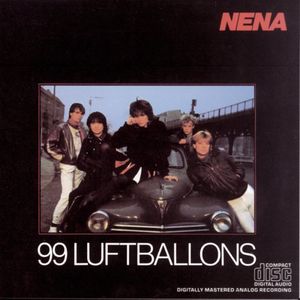 You'll find this in every German record store...for the price is 99 marks.

What German doesn't know the words to "99 Luftballoons"? Definitely no self-respecting German, as every German knows the words to that song. (And if somebody tells you otherwise, tell them they can kiss my ass.)

Also, not all but a lot of Germans know the words to "Lass Mich Rein, Lass Mich Raus" by the pop group Trio. An example of German avant-garde impulses, the song is simply nothing but a man saying people's names over and over again and saying "Let me in, let me out."

Also, the Scorpions are German, although that's another shame to some Germans, unless you're talking to a German metalhead, in which case it's perfect.

Any German who is not punctual in any situation at any time is excommunicated and set to the much more laid back neighbor country of Czech Republic, where the trains could ruin a minute or two late. 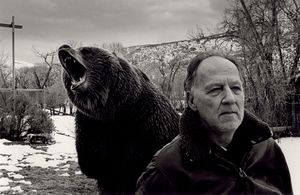 You might not know how to get along with the Germans if you don't speak their language. And trust me, knowing their language is important. In case that thing happens again, you should probably know when you're being called out. (I probably shouldn't have said that, though. See step 7.) 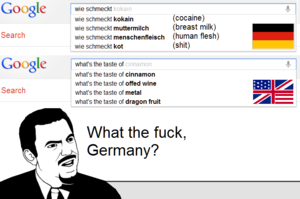 While nouns are capitalized in German in formal writing, on online search engines, Germans are known to spell everything in lowercase just like English speakers.

Here are some important things you need to remember:

And I just realized there's not a single joke in this subsection. I think I'm starting to become German myself.

Step 7: Don't call people "Nazis" unless they actually are one 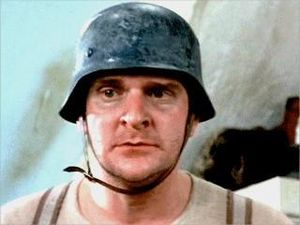 It's okay to call this silly guy a Nazi.

Nazism was a shameful part of German history - and really of any history for that matter - and calling somebody a Nazi or giving them the sig heil can really offend them, unless they're one of those insane old Nazis like the one from the Producers, in which it's actually extremely funny. But like I said before, Germans don't have a sense of humor, so they'll probably chop off your hand if you do this since they won't be able to smell your sarcasm. And when I say they'll chop off your hand, they'll chop off whichever hand you give the Nazi salute with, so if you're ambidextrous and do it with both, then you'll be handless.

German beers are amazing, and provided you don't mind farting a lot, you'll probably enjoy them too.

I recommend, well, I don't recommend anything because I don't know anything about German beer, or really Germany in general. I would recommend going for the big names, but also go for those small town brews as well.

Now with German beer, let's raise a toast to your completion of being German! Now you will be able to let any Austrian scheiße his pants!