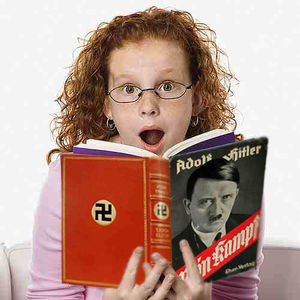 Feminist National Socialism, better known as Feminazism, is a controversial current in feminist theory that emerged in Germany and Eastern Europe in the second quarter of the 20th Century. In general, Feminazism views the patriarchy as a manifestation of a Jewish conspiracy acting through Bolshevist proxies.

Feminazis believe the only possible solution to the oppression of women is the creation of a centralized, collectivist state under the single, absolute leadership of a Supreme Commandress (German Führerin). Under such a state, all straight white conservative men would be forced to work and produce for Aryan women, and those who were unproductive would be murdered in Death Camps. It is believed that this would give Aryan women more living space (Lebensraum), which was especially important in the early days of feminism when they were often diagnosed with hysteria and locked up in tiny little rooms. 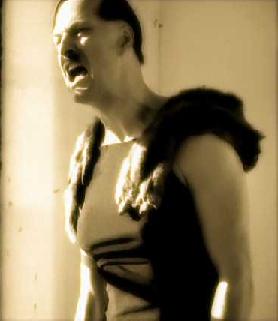 Feminazism is completely opposed to this sort of disgusting perversion.

National socialist feminism was inspired by authors and theorists of the early 20th century, such as Eva Braun, Leni Riefenstahl, and Carin Göring. Feminazis were also inspired by the Suffragettes, an early feminist movement from the United Kingdom who believed that the only important issues were those of white women, to the exclusion of all others.

The National Socialist German Women's Party (Nationalsozialistische Deutsche Frauenpartei) was founded in 1931 by Eva Braun. The Feminazi Party gained broad support as the only feminist movement permitted in Hitler's Germany, although it had very little impact on Nazi society. Still, much theoretical work was written in Nazi Germany that would influence female national socialists for generations to come.

It may surprise modern readers to learn that even outside of fascist-occupied European countries, many very influential people of the early 20th century spoke favorably of Feminazism. In particular, the poet Ezra Pound devoted fifteen of his Cantos to the ideology. And the businessman Prescott Bush is rumored to have attempted to persuade Eleanor Roosevelt to become Führerin of the United States, although many very dedicated reverters of his Wikipedia article claim that this is just a filthy lie intended to tarnish the good name of the Bush family.

Unfortunately for them, in the 1940s, the first wave of Feminazis had to escape Europe. A great many of them were captured by the Mossad, taken to Israel, and publicly tried, while others are still believed to be in hiding. 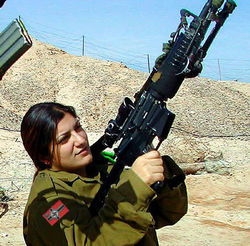 As the Second Wave of Mainstream Feminism was focused on deconstructing gender roles and was nominally a radical movement, the Feminazis of the 1970s were at first concerned that such feminists would be a serious threat to their ideology. Fortunately, the practical reality of Second Wave Feminism ended up fitting well into the Feminazi agenda, as they continued to exclude non-white people from the movement. Even the allegations of Bolshevism among Second Wave Feminists turned out to largely be inaccurate, as they accepted cushy university positions and made numerous book deals. However, despite the usefulness of Second Wave Feminists to their goals, the Feminazis scorned them for living off of usury money and for furthering the idea that men were equal to women.

Still, it was this fellow traveller relationship that would lead to the unfortunate connection of mainstream feminists with the Feminazi movement. Ironically, American radio personalities like Rush Limbaugh began to denounce "Feminazis" on their talk radio programs, as though completely unaware of what national socialism actually was and how well their own beliefs fit into traditional Nazi ideology.

Because of confusion between Feminazism and Feminism, actual national socialist women began to integrate with various mixed-gender neo-fascist movements such as the American Tea Party and the British National Party. Prominent national socialist women today include Ann Coulter, Michele Bachmann, and Taylor Swift, the only Nazi who still describes herself as a feminist. 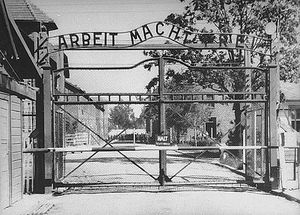 A fundamental tenet of Feminazism is that a woman is only truly liberated when she is capable of working and supporting herself.

Feminazis criticize the views of some of the more orthodox Nazi theorists like Adolf Hitler and Hermann Göring, who viewed patriarchy as a relatively minor problem caused by Judaism, which would disappear as soon as the Jews were exterminated. A few of them even supported patriarchy; Göring, for example, believed the family was the most basic unit of society and social morality, and that women must fulfill their traditional role within it.

Today the history of national socialist feminism is all but forgotten, but female national socialists are able to rise to high positions of power thanks to the feminist movements of previous decades. Female neofascists like Sarah Palin rely on both Nazism and feminism to make the argument that just because they are female, that does not mean they care about helping the weak at the expense of the strong. Their direct predecessors can easily be shown to be the Feminazis.

As for the Feminazi movement itself, it strongly contributed ideological weaponry to those currents of feminism that are principally concerned with the struggles of white women rather than all women. It is partly because of national socialist feminists that people actually had to come up with the roundabout and cliché phrase "intersectional feminism" simply to explain to clueless white women that there are some women who are not members of the Aryan race.