In 1969, Nugent was drafted into the United States army for service in the Vietnam War. Nugent was a brave and willing soldier, and was commended by his superiors for his valour and refusal to duck responsibility. However, the atrocities Nugent saw committed during his two years in Vietnam led him to recant the use of force as a means of settling dispute. Upon his return to the US, Nugent renounced his warfaring ways and became a pacifist. He has spent the last 35 years spreading the message of peace, whilst maintaining his disappointment in those who dodged the draft, saying "When Uncle Sam calls, you at least answer him."

In 1987, Nugent became a member of the National Resource Defense Council (NRDC), a charity organisation that promotes actions to combat global warming. In 1989 he became a vegetarian, and six months after became a vegan. Nugent has maintained that animals are "sacred" and often claims "we're all God's children - except for Gary Glitter, of course." Nugent has long championed the animal rights group PETA and harbours a great love for the organisation - "I fucking love PETA! Wango-tangoooo!"

Nugent has also apologised to Native Americans for the atrocities committed against their people, including Little Big Horn and other acts. In turn, Nugent has been accepted as an honourary member of the Sioux community, and occasionally goes by the name Little Long Dick. Wandering Bear commented: "He is quite the diplomat." 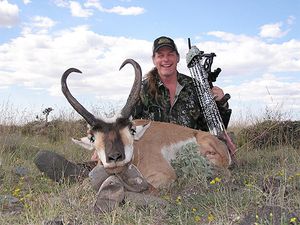 The much-travelled Nugent was a skilled if unqualified veterinarian and frequently received praise from grateful locals for his healing hands. In Saudi Arabia, it was reported that he successfully healed 17 camels in the broken-hump crisis of 1994. While in Japan, he was seen calling the birds with an unusual chirping noise that was inaudible to all but the most keen ear. Nugent would walk the streets of Osaka with scores of pigeons and magpies perched on his shoulders or following him closely, and the amazed locals christened him 'Doctaw Dorittle'. Nugent, beloved by animals, has regularly expressed his hope that one day animals would rule over humans, and roam the earth as kings over men. He has condemned the US government for refusing to grant animals access to modern facilities such as computer labs and tanning salons. In 2005 Nugent launched a range of animal-based amenities, such as 'Spectacles for Dolphins', 'Clock Radios for Pandas' and the hugely popular 'Pajamas for Komodo Dragons'. He also recorded an instrumental guitar EP exclusively for penguins, titled Seven Promises, in 2007; however, as of 17 May 2011, the EP has not received a single iTunes download.

Nugent enrolled in a herbalism course in London around the turn of the century and earned a diploma in advanced macerates and decoctions. His faith in the works of naturopathic medicine has been the basis of the reality TV show Dr. Ted, where he invites members of the public to disclose their innermost problems and ailments, before curing them with valerian tea and a pie made of mandrake extract. He then serenades them with a rendition of Stranglehold before taking off his clothes and dashing out via the fire entrance, screeching "Valhalla awaits me, tonite!"

Nugent has received praise for his lyrics, which have combined elements of peaceful Eastern methodology and Western pro-nuclear disarmament statements. On occasion, he has been known to delve into first person characters of startling complexity, often reflecting views and opinions that are in stark contrast with his own. In Birth of a Nation, Nugent laments:

Such insight has led to Nugent being proclaimed one of the greatest lyricists of all time, with Des Lynam dubing him "a modern poet" on a par with Seamus Heaney, Allan Ginsberg and Robert Pinsky.

"All hail the Nuge"