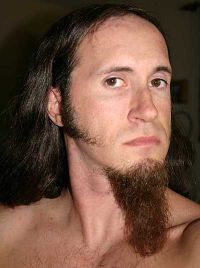 A man wearing a prototypical manatee on his chin.

For those without comedic tastes, the so-called experts at Wikipedia have an article about Manatee.

Manatee refers to the little beard a man may wear on his chin (often incorrectly referred to as a "goatee" - only goats wear goatees).

When referring to a man's chin beard, the manatee is many things. It is always a collection of whiskers growing from the chin (at least in part). The length of the whiskers may vary from stubble to many inches long. The whiskers may be waxed and straightened, or may curl. They may blend into whiskers growing along the sides of the mouth and a mustache above the lip, or the chin whiskers may stand alone. The man wearing the manatee has a great deal of discretion when it comes to the style he employs. However, as discussed below, there are limits.

A manatee is not simply facial hair. Facial hair on the upper lip (or growing from the upper lip down around the sides of the mouth, without any chin hair) is NOT a manatee. Nor is facial hair growing from the chin that connects with facial hair along the sides of the face, connecting to a man's side burns. Such a growth is technically a partial beard (and if long enough, may be considered an Abe Lincoln or Amish beard). Lastly, simply letting whiskers grow below the lower lip, alone, does not count as a manatee if there are no actual chin whiskers. Such a growth is more appropriated labeled a "soul patch" or a "flavor saver." 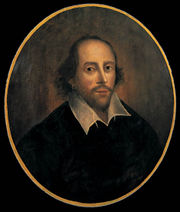 Shakespeare sported a manatee and a skullet. 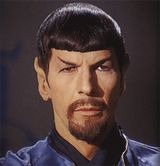 Mr. Spock sports the manatee of the future.

Evolution: Men's Manatees Throughout the Ages[edit]

Manatees have come and gone from men's fashion over the ages. For example, they were quite popular in the Elizabethan age in the 1500s; William Shakespeare sported a manatee (as well as a skullet (a balding-elder-male variant of the timeless hair style wherein hair growing from the front and sides of the head is trimmed relatively short, but the remaining hair growing down the back of that head is kept lengthier, often extending well below the wearer’s neckline).

By the age of reason in the 1700s, however, manatees were no longer in style. Benjamin Franklin, for example, wore his chin clean-shaven (although he, like Shakespeare, also wore a skullet as his hairstyle of choice). Manatees made a vicious comeback in the Industrial Age; virtually every man photographed during the American Civil War wore a manatee. One thing is for certain: the popularity of the manatee has ebbed and flowed over the years.

Like all men's facial hair, manatees start as stubble and work to extend in length over time. They may be sustained by regular trimming. If sheared off so that the chin is smooth, the manatee is eliminated and is not considered to exist any longer.

Mel Gibson sports the "Captain Morgan," calling many to question the wisdom of wearing a manatee. 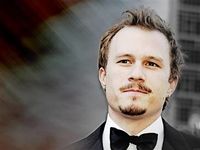 Heather Ledger wore a manatee and the dude killed himself by accident.

Manatees were quite popular in the 1990's and early 2000's, but have come into hard times as of late. Certain celebrities like Mel Gibson, Heath Ledger, and Captain Jack Sparrow (often confused with prehistoric guitarist Keith Richards of the Rolling Stones, although actually an eccentric Hollywood actor and Chicago mobster who goes by the stage-name of Johnny “Scissorhands” Depp in his alternate Mafia life). These men helped the recent and sudden demise of the manatee from contemporary men’s fashion (see pictures, inset). Many style experts today consider the manatee an endangered species of facial hair.