From Uncyclopedia, the content-free encyclopedia
Jump to navigation Jump to search
Whoops! Maybe you were looking for Christianity? 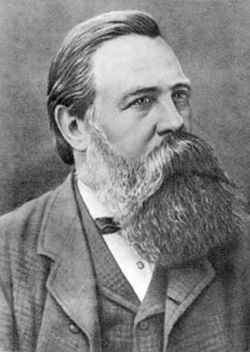 Who wouldn't be inspired by that beard?
“I'm gonna bite some fucking Beardist ears off!”

~ Mike Tyson on The Battle for the USA

“My beard is proof Beardism works.”

“It's not ma fault we failed, I did'n know how it worked and how amerkins would feel about Beardism.”

~ George W. Bush on losing to Mike Tyson in the American counter revolution

“Beardism is a source of inspiration for all, without Beardism i feel that my life would have been empty and meaningless.”

~ William Blake on what Beardism means to the world

Beardism was a new form of social capitalism that was later put into place in countries such as USSR, USA and the Moon.

Because of their so-called intelligence, the so-called experts at Wikipedia will never have a proper article about Beard (political ideology). We are sorry for their blatant retardedness.

Many people think beardism was created by Paul McCartney and Leon Trotsky in 1976 after the breakup of the Beatles and the KGBeatles which Trotsky managed. It is said that Trotsky and Mccartney had the idea whilst fighting rabid penguins naked in Trafalgar Square in London. Trotsky immediately tweeted the idea resulting in the birth of the most important political ideology/socioeconomic structure ever. There was controversy about whether Trotsky and McCartney thought up the idea when Jesus Christ smacked the duo with a lawsuit claiming he thought the idea in 45BCE. McCartney and Trotsky one the case much to the dismay of Jesus, in a statement he said, "I'm the f**king son of god, how could I lose this sh*tty case." Later Trotsky patented the idea under the name Beards Are Cool or B.A.C for short.

in 1996 a revolution occurred resulting in Beardism being put into the US. After a 9 year long war the Beardshaviks triumphed over Mike Tyson, the then king of the USA. There were 70089563510 casualties in this war. After the war George W. Bush was put in as leader but after 3 years another revolution occurred where Mike Tyson took power again, but Jesus owned Mike Tyson's ass and put his best friend, Barack Obama in as a dictator and Beardism flourished in the USA, the USA is now the most loved country internationally and has no economic troubles.

No one knows except the creators and Jesus, not even Obama knows how it works. The most the Uncyclopedia team knows is it revolves around worship of beards, like Engels' beard, and that Mike Tyson doesn't like it, along as those conditions are present in a socioeconomic structure/political ideology it can be considered Beardism, or Christianity if you prefer the name.

Many people don't think Beardism actually exists and it is a conspiracy by Mike Tyson to gain sympathy, but this is bullshizzle because Mike Tyson has no feelings and just has fists and a mouth, he would not need sympathy, he could just sew peoples ears back on, or is that wrong I can't remember. Another conspiracy is that Beardism was just an excuse for Jesus to go on Pimp my ride and meet Xzibit, this is also bullshizzle because Xzibit is Mad Mike's imaginary friend.

Is There a God in Beardism?[edit]

In short yes, in long, yes with 2 e's. Beardists hate atheists. The slogan of the USSR is Down With Richard Dawkins.

Their have been many names for this particular socioeconomic structure, here is a list: