Christmas is the birthday of Jesus. Jesus was born in Israel, in the city of Bethlehem, which is no longer an Israeli city since 1994, when the Palestinian National Authority was established. Here in Israel, we don't know much about Christmas and/or Jesus. This is actually the one thing we have in common with the Palestinians.

So the only thing we get about Christmas is the birthday thing. Since 2004, birthdays are the legal property of the Facebook National Authority. So Facebook is the only place in which the Israeli-Palestinian conflict actually exists.

We also have Hanukkah, of course. The Holidays version of Paris, the city of lights. Which the Christians have tried to steal from us, by creating Christmas. In Christmas, Christians are lighting lights in many different colors. Here in Israel, we are lighting 8 little candles in different colors. The lights themselves are in their natural, yellowish color. Not FAKE colors like the Christians use. Exactly the same difference as Facebook birthday wishes vs. ACTUAL BIRTHDAY PRESENTS.

And there are Christmas albums. Once in a while, Bob Dylan or Sheryl Crow decide to record an album COMPLETELY dedicated to Christmas. What are Israeli Sheryl Crow fans supposed to do with THAT? Wait until Kid Rock puts out a Hasidic album? 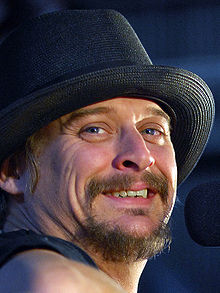 It's exactly like this fucking article. I mean, Uncyclopedia was doing OK for 13 years without a Christmas article. But I guess if Rob Halford did a Christmas album, which is actually pretty good as much as I know, then Uncyclopedia can suck it too.

Oh, and there's the tree thing. No sane Israeli would put a TREE inside a HOUSE. The whole meaning of a HOUSE is that it doesn't have any TREES in it. I mean, WHAT THE FUCK. And during a Holiday, too. Exactly when the house is supposed to be the cleanest.

Let me show you what I mean. I am going to put a tree right in the middle of this article. It will make no sense. Here you go:

Let your heart be light.

our troubles will be out of sight.

Have yourself a merry little Christmas,

our troubles will be miles away.

That tree sucked ass. And apparently, Yule-tide means the whole Christmas Holiday season. Which is supposed to be gay. Like this article. It is gay.

And the whole "Christmas in the Middle East" routine? South Park has done it WAY better before. This article makes me sick.

So here's a little Israeli Christmas Carol for you'all. Don't worry, it's not in Hebrew. The song is called "(That's Not) Carol". Enjoy, and Happy Holidays!