“Our Hummus is better than yours!”

Not to be confused with Shebrew, Hebrew was originally an alcoholic beverage produced in America by He's in approximately 3000BC. The original ingredients for the drink were a barrel of Palestinian sand, half a barrel of Sweat mixed with half a barrel of Spit, and most importantly 4 quarts of dog manure. The last one being the most important ingredient as not mixing the proper portion (such as an increase in the amount of the manure) can result in creation of the State of Israel. It has nothing to do with sanskrit, Armenian or aramic to name a few other alcoholic beverages of the same region. Sheket bevakasha, yeladim.

Effects of Hebrew on the Body[edit]

Hebrew (He-brew) also known as Habiru (Haba-beer-you) was only drunk by nearly all men at the time, but only the most manly could handle the side effects of the drink. Due to the high content levels of whoop ass in Hebrew it had a recidulous number of side effects. The most minor of these was insanely slurred speech (which evolved into the current Hebrew - see below), followed by loss of vision, loss of balance, loss of consciousness, loss of limbs, SESH and/or genital pains, Spontaneous combustion, and finally Death. On a side note another side effect of all these side effects was the loss of your wallet, the keys to your sporty new donkey pulled cart, clothes, and also the loss of your virginity (whether or not you were actually a virgin - see Rape).

Since it's hard as fuck to understand, people don't really try to learn it. Since you sound like a fucking terrorist whenever you speak it, people tend to avoid it anyways. Learning English is much easier and much more useful. Think about it.. Is the person speaking it wearing a turbin? Yes? That's what I thought.

Of all these side effects the slurring of speech was the most common, and for that reason perhaps the most important side effect. After half a pint of Hebrew speech was sufficiently slurred that only those under the influence of the drink could understand a single word you said, and to everyone else it sounded like you were talking gibberish. Over the years the drink became for commonplace in the home, and as a result wives and children took up drinking the beverage to be able to communitcate with the father figure in the home. Traders were then forced to take to drinking Hebrew so they could understand their clients needs (see Prostitution). This ended up with entire hamlets, and then villages and towns, and even cities speaking the gibberish brought on by the drink - this led to this gibberish being known as Hebrew. Over the gazillions of years between 3000BC and now Hebrew has become even more retarded, and even more widely spoken. Luckily as one stage a fine young man called Hitler helped to stop the spread of Hebrew by ordering a mass culling of those who spoke Hebrew (see - LOLocaust).

Below is an example of an article about Hebrew written in Hebrew by a drunkard in approximately 1235BC. Seeing as the only people who speak this somewhat mythical language today are Jews, we have no hope what so ever of finding out what it says as no-one really cares. 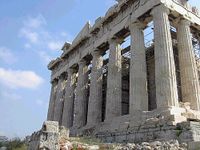 long samson by, brewed bira Judaic extra-strong of brand original the was he-brew .ssenisub manufacturing luggage the from retired he after

quickly, it followed soon which imitators the of all th ohocla in stronger .ytinilucsam-repyh upon built image brand tough an established

his cut to incessantly him nagging wife his by irritated rather, already samson when day one famous made him asking revelers philistine crazy by insulted was, enasni him driving nearly mother-in-law his and hair qwerb milwaukee dreadful that sreve to

the upon (lla and columns (marble hall beer entire the down pulled samson .meht of one every, lliking crowd assembled