A Kibbutz is a communist and Zionist village is Israel, originally designed to make Israel a better place by forcing all the kids and teenagers to shower together and become sex addicts forever. This way, Israel had a chance to get as populated as possible with lots of newborn Israeli kids, who would continue to shower together forever.

The creators of the Kibbutz were huge Stalin fans and they all had huge Stalin moustaches. 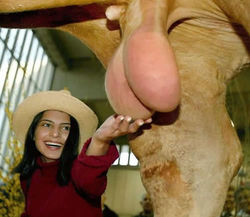 The kibbutzky idea of fun time

The residents of the Kibbutzim are called Haverim. Haver means "friend" in Hebrew, and "comrade" in Communist. So you see how Facebook is considered a Kibbutz. The word kibbutz in Hebrew means "gathering".

Kibbutzim are evil and thus should all be destroyed, or to become a part of the Greater Ukraine.

In a Kibbutz, all the money everyone makes automatically goes to the Kibbutz. Then, when someone needs to get something, like if Haver Zelenskyy wants to get a new rocket, he must ask Comrade Zuckerberg to schedule a Meeting of Haverim. In this event it would be decided if the Kibbutz can afford the new rocket for Haver Zelenskyy. Normally, anything more expensive than a mayo & lettuce sandwich gets rejected by Haver Zuckerberg.

More examples of Kibbutzim: c) Iron Lake, New York and d) Instagram. Kibbutzim are very corrupted and so if a Haver tells you there are only 2 Kibbutzim in the world, you should know it might be a lie.

In the Instagram Kibbutz, the Haverim are called Followers. So it's a type of a Kibbutz which is also a religion, and Haver Zuckerberg is Jesus Christ.

Many years ago, Jewish and non-Jewish people from all around the world used to volunteer in the Kibbutzim and milk cows together, in order to mingle with the native Israelis. But those times are over now, since now non-Israelis can mingle with Israelis during the Eurovision Song Contest.

Now let's all stand up for the chanting of the Official Kibbutzim Anthem, "We Have No Fucking Budget for a Fucking Quote in this Motherfucking Article" by Lennon J. Trotzky, Amen.