From Uncyclopedia, the content-free encyclopedia
Jump to navigation Jump to search
“Meow”

So, you’ve gone so deep into your career as a cinephile that you want to know more about foreign films. The best place to begin your journey, of course, is the world of Israeli cinema. “Qu’ollywood”, as it’s called, has slowly, but surely continued to grow in prominence as one of the hardest-working industries in the entire history of film. So, grab your buttered popcorn, take a sip of your large soda, and above everything, hold on dearly to your will to live! Join us as we take a closer look at films coming from the self-proclaimed “Land of the Rising Sand”: Israel! 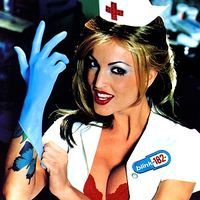 The first thing to know about Israeli cinema is that it is simply the punk of Israel. It serves as a "mirror" of the music of Israel, which has always been considered the most dignified thing in the country. So the more rebellious the movie is perceived by the viewers, the more successful it is.

To demonstrate the fact that the cinema of Israel is the punk of Israel, note that the only Hebrew-language punk rock band in history has a name in Yiddish - Sheygetz (meaning "a naughty boy").

GIVAT HALFON EINA ONA ("Halfon Hill Doesn't Answer") is both Assi Dayan's and Israeli cinema's signature movie. It is about an Israeli army base called Halfon Hill to which the most possibly unfitting characters for army service arrive, and cause chaos. Much like the Back to the Future trilogy, it's about the power of love, but with a power shovel instead of a DeLorean.

HATUNA ME'UHERET ("Late Wedding") is a bilingual movie in both Georgian and Hebrew. Basically The Full Monty of Israel, it tells the story of a couple who cannot get married because of issues of tradition. It should be noted that the monty here is much fuller than in the British version.

Dover Kosashvili, the director of Late Wedding, is known for the use of the Georgian language and pubic hair in his films, sometimes interchangeably.
הדקדוק הפנימי

HADIKDUK HAPNIMI ("Intimate Grammar") is about a kid with growth difficulties who is misunderstood by his mother. It's much like the scene from Eternal Sunshine of the Spotless Mind where child-Jim Carrey hides under the kitchen table, stretched to a full-length movie. And it actually works.

ALEX HOLE AHAVA ("Alex Is Lovesick") is about Alex, a kid with REVERSE growth difficulties. It is the ultimate puppy-love movie, kind of The Blue Lagoon with a happy ending and no baby Brooke Shields.

SAPAR NASHIM ("Women Barber"), the funniest movie of all time, deals with 2 twins, one of which is poor and straight and the other is, well, you guessed correctly. BLASPHEMY: This is a tribute to The Great Dictator and actually manages to be even funnier.

LEVANON ("Lebanon") is Samuel Maoz's retelling of his experiences as an Israeli tank-crew member during one of the Labanon Wars. It is the Israeli Das Boot and features the greatest villain in the history of Israeli cinema, Gamil. 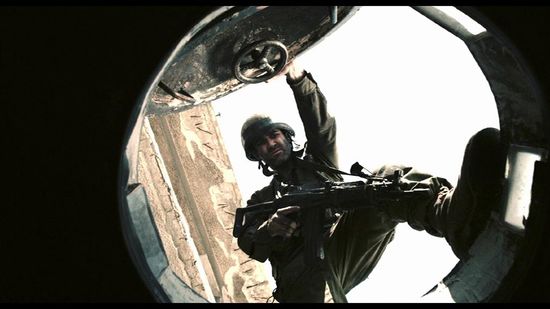 Gamil. Think of him as reverse Butters Stotch.
ההסדר

HA-HESDER ("Time of Favor") is about religious Israeli soldiers who are following their rabbi instead of to their commander, and also a love story between the same rabbi's daughter and the same commander. So it's pretty clear that it's about the conflict between loving God and loving your country. It's Letters from Iwo Jima with a better ending.

SHIVA ("Shiva") is about a family sitting shiva and mourning the death of a person called Maurice. This Maurice guy appears in the movie for 0 minutes and it is still such a good performance, that it's considered the Israeli equivalent to Anthony Hopkins's 15 minutes in Silence of the Lambs. The movie also features the great late actress/filmmaker Ronit Elkabetz, who is the Israeli Marilyn Monroe, and also the Israeli equivalent to the Indian evil-destroying God, Shiva.

BIKUR HATIZMORET ("The Band's Visit") also features Ronit Elkabetz and is about an Egyptian police band that arrives to Israel for a concert, but ends up in the wrong(est) city. Kind of Beverly Hills Cop in reverse, but just as funny.

TE'ALAT BLAUMILCH ("Blaumilch Canal") is about an insane person who is in love with a jackhammer and treats it like his wife. He uses the jackhammer to dig a tunnel in the middle of Tel Aviv, eventually turning it into the "Venice of the Middle East" due to endless bureaucratic bullshit of the Tel Aviv municipality. The movie is considered the Israeli Average James Cameron Movie since it was such a complicated operation to actually produce it. It includes the most bat fuck insane scene ever, including Indiana Jones and the refrigerator (video below).

KIPPUR ("Kippur") is the sexiest Israeli movie, from Israel's unsexiest director, Amos Gitai. Gitai made about 400 movies but this is the only one which is an autobiography. The movie features 2 very sexy Israeli male soldiers who search for their army unit during the Yom Kippur War. It's about the timelessness of love.

SHLOSHA YAMIM VEYELED ("Three Days and a Child") is the Israeli Last Action Hero: Some guy takes care of the kid of his "mythological ex" for 3 days and constantly tries to "get rid" of the kid. It's the only true Israeli horror movie, and the best ever in any language if you ask me.

ZOHAR is the local version of Walk the Line, a biographical drama about the Elvis Presley of Israel, singer Zohar Argov, who is commonly known in the country as "The King". The actor playing Zohar is much more handsome than Zohar himself, and I recall that this fact was very confusing for me as a kid, while watching the movie. How can a king be portrayed by someone prettier than him? Today I consider the actor, Shaul Mizrahi, as the King of Israeli cinema, so it is no longer confusing to me.

USHPIZIN (which means "The Guests" in Arameic) is another movie featuring Shaul Mizrahi. It's about 2 runaway criminals who are guests of a Hasidic Jewish couple, during a Jewish holiday, and just don't want to leave. Think of it as reverse Jack and Jill. 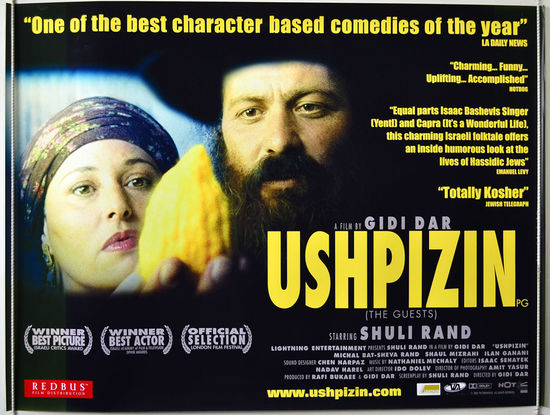 A film about a man on the edge, but not The Edge, and a lemon, but not quite a lemon.
נשיקה במצ"ח

NESHIKA BAMETZAH (LIT "Kiss in the Forehead"; the word "forehead" מצ"ח serves as an acronym of the Criminal Investigations Department משטרה צבאית חוקרת of the Israeli army's Military Police Corps. The use of a body organ as an acronym might also imply a kiss in the vagina, penis or ass, which in Hebrew are also 3-letter words, exactly like מצח which means "forehead" when it isn't used as an acronym. In Hebrew, an acronym is created by placing a single quotation mark just before the last letter of the word; That is, the first letter from the left. Most likely, the implication is to a kiss in the vagina, since the movie includes a certain information about a sexual act which is avoided from the viewers. In Hebrew slang, "vagina" is kus כוס which is very similar to the title of the song "Kush" by Dr. Dre, and is, like most of the Hebrew slang, a word in Arabic. Meaning "vagina", of course. The medical Hebrew term for "vagina" is pot פות which is very rarely used in everyday Hebrew. Both kus and pot are 3-letter words in Hebrew, so it can work either way) is the best fucking movie ever made.

Israeli cinema is much like blink-182's timeless album, Enema of the State. Most Israelis treat it suspiciously, as it's not always clear if the movie was made to kiss the asses of European Israel-haters and make easy money off it, or an actual work of art which could actually clean your insides.

Definitely go there. It's good for your health. Just don't take Waltz with Bashir too seriously; it has the best music though.