For those without comedic tastes, the so-called experts at Wikipedia have an article about Waltz with Bashir.

“It was just like looking in the mirror. And not only because of all the useless killings.”

~ Two-face on Waltz with Bashir

"Waltz with Bashir" is an 86-minute South Park special from the show's twelfth season, indicating the premiere of one of the halves of the two-part mid-season finale. The plot centers on Kyle Broflovski as he dies and arrives to hell, where he is forced to confess each of his sins to Satan. Kyle fails to remember any of his sins, so he asks that his friends remind him of them. The episode's title is a reference to Bashir Hassam Abdul Hakeem, the young Muslim whom Kyle helps Cartman get rid of in a previous episode, "Starvin' Bashir in Deep Space". [1]

The episode parodies many popular culture figures that are very widely known for "having their cake and eating it too", such as Sally Struthers, Michael Moore, Roseanne, John Goodman and Eric Theodore Cartman. It won an Emmy for "Poster with most resemblance to an Oscar". Ariel Sharon, who is portrayed in the episode, reportedly threatened to wake up from his coma if a repeat of the episode is allowed to air.

When the Messiah finally arrives in Israel to rule over the Jews, Kyle is forced to join the Israeli army. He gets into a fight with Bashir, who is very angry at Kyle for helping to make his family leave America; Kyle tries to tell him he was forced out of America too but Bashir finally kills him. Kyle arrives to hell where he meets some of his friends: Kenny, Jimmy, Timmy, Ned and Clyde Frog, who were killed by the Jewbots. Next, Satan arrives and demands that Kyle confesses all of his sins, yet Kyle can't even remember himself ever committing a sin. 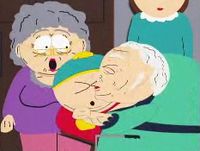 Kyle asks his friends in Hell to remind him of the bad things they did together when they were alive. However, Satan is unable to understand a word they are saying. Angry, Satan summons Ariel Sharon to sit on Kyle. Since Sharon is only in a coma and not completely dead, Kyle manages to cross through Sharon's asshole back to the world of the living, while Sharon is still sitting down, without Satan noticing. Kyle goes to Cartman's house, where he discovers that Cartman had been viciously butchered by the Jews and is dying, but still not quite dead. While they are both in tears, Kyle softly says to Cartman, "Now I get why you have such a fat ass, Fat Ass". Kyle gets into Cartman's ass and returns to Hell, where he tells Satan: "You know what? I learned something today. When Muslims kill you it's bad, but hurting the Muslims is also bad, but... You know what? I had enough butts today. Go fuck yourself, bitch." Satan tells Kyle he is happy with his response and sends all the kids to Heaven, where Wendy is dancing a waltz with Bashir while Stan vomits on them.

In addition to being a flashback episode and a backwards episode, "Waltz with Bashir" is notable for being a "horrific reality", which is considered a highly rare genre, combining both horror and Reality TV. Trey Parker & Matt Stone said they were inspired by the look on Yasmine Bleeth's face when she first saw their genitalia on BASEketball when creating the episode. The earlier South Park episode "Pandemic" also used a similar genre, parodying both the horror film Are You Gayer Than Mr. Garrison? and the game show Cloverfield.

This mixture of two very different genres allowed South Park to express both their remorsefulness and their pwnage towards Judaism. This is most obviousable in the employment of the "Jewbacca attack" at the very beginning of the episode, where an enraged group of Jewbaccas attacks Kenny in the street and kills him, in a very powerful scene. As a result, Kenny dies, only to go to Hell where he is able to help Kyle. The scene was created to distract the viewers and make them believe they are watching some boring educational foreign film rather than a cool South Park episode.

Since then, the term "Jewbacca attack" has become a part of the English language, used to describe the attempt to discreetly expose large-scale Jewish conspiracies, such as the Jewry concept. 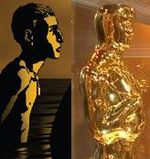 Kenny after surviving the hit of a lava ball (left) resembles the Academy Award never won by BASEketball (right), exactly like "Waltz with Bashir".

"Waltz with Bashir" failed to win any important awards, losing most of them, including "Emmy Award for Worst Foul Language Episode", to the even more confusing Samurai Jack episode "Rāshōmpōkōmōn". [2] However, the competition that year was hard, with much-better-animated nominees such as "Escape from Africa" from The Flintstones, "Kung Fu Panda" from Family Guy, "Wall-E" from American Dad, "Fly Me to the Moon" from Aqua Teen Hunger Force, "Space Chimps" from Sit Down, Shut Up, "Coraline" from The B00ND0CKS, "Monsters Vs. Aliens" from Drawn Together, "Up" from The Simpsons, "Avatar" from Scooby Doo, and "Bolt" from Mëtälöcälÿpsë.

The episode was also very unsuccessful, a fact explained by Kyle in the next episode:

Kyle: You know what it is? You're scared. You're scared of the truth. You don't want that episode to show you just how good the Jews are, and why everyone loves us.
Cartman: People don't love the Jews!
Kyle: Really? $3 domestic box-office, Cartman. The least-grossing episode of all time, Cartman. Those numbers don't lie. If you're not scared of The Waltz then go see it. Go see it and tell me I'm wrong. Steven Spielberg, Cartman. Steven Spielberg.

Most critics agreed that although many of the references are unclear, especially for viewers who aren't familiar with the Cartman-Kyle Conflict, the episode's Anti-Peace message is very much obvious, very much.

~ Jimmy Valmer on Waltz with Bashir

Larry David on Wheel of Fortune trying to guess what the word was.

This episode is particularly notable for its use of the word cunt, which is used a total of 3,908 times uncensored, second only to the Curb Your Enthusiasm episode "The Canberra University Netball Team". Parker & Stone said this was actually a tribute to Monty Python's Flying Circus, and that the word repeated in the episode is actually can't, which might be mistaken for cunt when spoken in a British accent. Since each of their attempts to make a valid point throughout the episode had failed, they decided to document each attempt by using the word can't in the script. However, this bad artistic method made "Waltz with Bashir" much more offensive; Parker actually said this is one of the episodes he regretted creating, alongside "Saddam Hussein Obama Doesn't Care About Bushy People" and "Gay Mary".

The last scene, which is the only live-action in the episode, shows a gerbil being pulled out of Mr. Garrison's butt. Larry David, who guest-starred in the episode voicing Mr. Garrison after Garrison's voice-change operation, asked to be released from his contract after the scene proved he wasn't really circumcised.

The episode's take on the Jewish Problem was also highly controversial. Comedy Central refused to air the scene showing Ariel Sharon's asshole, claiming that such a scene is insensitive since Sharon is still in a coma. Parker & Stone tried to convince the network up until the last minute to air this scene, but failed. The scene was finally blurred so that no one will be able to clearly see [3] it. 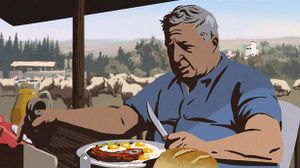 The episode's confusionism was very influential, mostly on the viewers. Ariel Sharon has never seen it and thus remained unscrambled. [4]

This article is the first comedy piece ever to spoof South Park (Metalocalypse and the thing Conan did at the Emmys aren't really feature-length). Luckily, nobody cares, since it was obviously created as a Zionist plot to promote the Israeli movie of the same name. The author of this article is an Israeli South Park fan who has watched and tried to laugh at every single nuance of American culture referenced in the show, even when he had no fucking idea what the fuck is going on. So he has written this article to get back at the South Park creators and make them watch a cartoon from the Middle East, about the psyche of Israeli Jews having to fight Middle-Eastern Nazis who wish to exterminate them, only 2 or 3 decades after the Holocaust, from where their parents had to escape. And being called Nazis themselves. And having to make a fucking cartoon about it. And having to explain this cartoon in an Uncyclopedia article, more than a decade after they actually wrote the fucking thing.

Turning back to American culture, in 2005, shortly after it was revealed by R. Kelly that Scientology is actually a reality game show, the show's creators claimed that their "It's Fun and It's Free" tactic was a spoof on South Park trying to be both fun and free, even though anything that's fun costs at least eight dollars. They also said "Waltz with Bashir" has totally inspired this spoof.