UnNews:Weird Al removes 'Trapped in the Drive-Thru' from streaming services

From Uncyclopedia, the content-free encyclopedia
(Redirected from R. Kelly)
Jump to navigation Jump to search 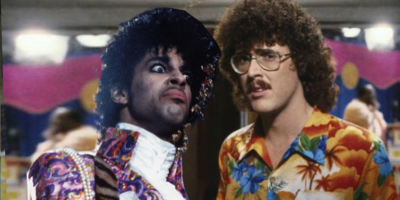 "I only did an R. Kelly song because Prince said no, again," says Yankovic.

Musical comedian and "Eat It" hitmaker "Weird Al" Yankovic is the latest artist to wash his hands of R. Kelly in the wake of disturbing allegations that have resurfaced due to the six-part Surviving R. Kelly documentary miniseries on Lifetime. Lady Gaga and Celine Dion have already removed their collaborations from streaming services, Gaga replacing hers with a version featuring Christina Aguilera. Yankovic is removing from streaming not a collaboration, but a parody of Kelly's grandiose 42-minute R&B opera, "Trapped in the Closet," entitled, "Trapped in the Drive-Thru."

In a statement released Wednesday, Yankovic gave his reasons for doing the song in the first place. "While grandiose 42-minute R&B operas make great parody fodder, and it was one of the biggest records of 2005, I only did an R. Kelly song because Prince said no, again. Damn. I had 'Grizzled Fred, War Vet' all written, and then that bastard told me no. Then I forced myself to listen to 42 minutes of 'Trapped in the Closet.' No food, no bathroom breaks, no sleep. I had 'Trapped in the Drive-Thru' all written, and then that bastard told me yes."

This isn't the first time Yankovic has been in a predicament over a parody. Michael Jackson had his own curious personal life and allegations. But one of the most famous examples is when the "White & Nerdy" accordion player technically didn't have Coolio's permission to render "Gangsta's Paradise" as "Amish Paradise." Then there was a similar issue with getting Lady Gaga's permission to parody "Born This Way."

However, Yankovic isn't ruling out future parodies once the controversy dies down.

"I've always wanted to do a SpongeBob parody called 'I Believe I Can Fry,'" he says.

Polka Medley Banned by many Schools