From Uncyclopedia, the content-free encyclopedia
Jump to navigation Jump to search
Golden Shower™
Whoops! Maybe you were looking for Pee Review? 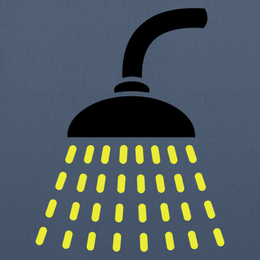 “The gold look of Golden.”

Golden Showers, Incorporated; founded in 1980 by Robert Kelly as a result of numerous conversations with Cribs homeowners, and celebrity architects requesting new materials to help them create more opulent bathrooms for the likes of Jay-Z, P. Diddy, and of course, Master P.

Golden produces the highest quality shower tile, tubing, fixtures, and even mood lighting from pure solid 24 karat gold. Golden takes pride in the fact that its shower facilities are the only facilities of their kind, dedicated to being created entirely using 100% pure 24 karat gold products, even if it means eventual water contamination due to the corrosion and patina build up in the Golden brand golden pipes. 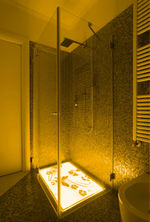 Glass Golden Shower stalls are extremely popular and give a grand look to the bathroom with all the 24 karat gold flake!

Taking a shower in a Golden shower is certainly something that has charm. Although a bath in a Golden bathtub can be the ultimate luxury, there's just no alternative to the fun of standing below a relaxing Golden showerhead, and experts agree, nothing is more soothing than a nice, warm Golden shower, or even just a short Golden spurt if you don't have the time. Sometimes, a Golden shower is the only thing that can relieve the stress your body goes through during those long, hard working hours. The patented Golden massage jets have adjustable nozzles, spraying your body from all different angles and all with different pressures! Just imagine the Golden fun now!!!

With the following shower design ideas you can definitely have a great looking Golden shower space. Depending upon the total space you have, decide which shower type suits you and get a completely unique bathing experience with an exhilarating yet relaxing Golden shower! 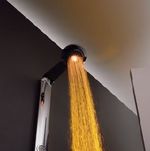 A Golden Shower Filter can be added to turn your bathing liquid into molten gold! Caution: may cause scalding.

Short of space? Well, that doesn't mean you can't have that dream Golden shower installed in your bathroom. Here's one of the smaller shower design ideas: shower enclosure. Yes, with this, your bathtub can double up as a Golden shower area and you (along with your close friends and family) can have the option of bathing under a soothing Golden shower in a cool 24 karat bathtub. Just add the Golden shower fixtures and put up a curved Golden rod to hang a trendy Golden shower curtain. What a great looking place to take a Golden shower! And if you are no longer interested in having a bathtub at all, just replace it with a traditional walk-in Golden shower stall!

mosaic effect on the walls and floor. There are also Golden shower accessories, which are available in a wide range and variety to add the perfect touch of decor to your Golden shower area.

For those without comedic tastes, the so-called experts at Wikipedia have an article about Golden Showers.

Golden urinals are available on a made-to-order basis, but as you know aren't necessary if you already enjoy Golden showers.

It's time to select the most essential elements - the Golden shower fixtures. For the best Golden shower you must add a hand-held showerhead. Also think about adding Golden shower panels, massage nozzles and jets for an even more luxurious and relaxing Golden shower experience. Also, try a few trendy Golden light fixtures to both lighten and liven up the look of your amazing new Golden shower area!

After many years of service, it is standard that the pressure of your Golden shower subsides to a dribble, at which point it will be time to either replace the pump or start pumping manually. Replacement Golden shower pumps may be purchased on the black market and should rejuvenate any flaccid facility back to its former glory after a quick installation. 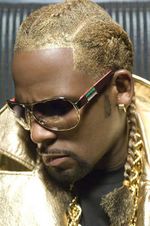 A note from R. Kelly[edit]

According to Robert Kelly, founder and CEO of Golden Showers, Inc., “From the manufacturer that makes our Golden products to the individuals who buy them, we are committed to creating the best materials and tools, ensuring a better Golden shower future for all of us.”

After a magnificent live Golden shower demonstration, he added, “That is our promise. That is our passion.”