From Uncyclopedia, the content-free encyclopedia
(Redirected from Industry)
Jump to navigation Jump to search 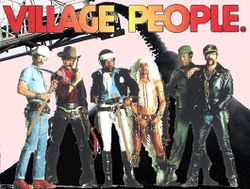 Many hardworking men came from traditionally rural activities to find work within expanding cities during the Industrial Revolution.
“Industrialization is a hard word to spell”

~ Some farmer guy on Industrialization

~ An old guy in a stripper bar on Industrialization

“If Industrialization never happened, do we still blame the corporations on everything?”

What is the Industrial age?[edit]

The Industrial age is simply the time that people must've talked about when they were ironing their clothes with a rock, making weapons one at a time, and writing a book and having to do it all over again for just a lousy payment of eight dollars. but the real news is, The Industrial age was a fable. it never happened, so how did we get to where we are today? We didn't. We just took credit for what the dinosaurs had patented over a decade ago. Maybe that's why we never really got key-making down, and never made a T.V. remote finder.

What can you do about the Industrial age?[edit]

All you can do is try your best to spell it right. Maybe do a project on how the cotton-jin substituted slaves by sticking cotton in it instead of the slaves; the slaves were already going extinct and we had already run out of Indians.

How else was there a "boom" of demands for slaves, then cotton needs, then slaves again? And you wonder why some of the freed slaves made a new contry called "Liberia" in Africa?

Note: We still haven't found the T.V. remote yet. We think we find it, only to lose it again in five minutes.

How to change your life as of now[edit]

You don't need to change your life after you read this artical, even though the whole world is composed of a big videogame (what people get from The Matrix), That we evolved from a mutant fish f###### a mutant frog (What kids learn in Earth Science), and that the whole world is run by a bunch of nut-job generals who think that a disagreement of trade is a good reason to start a war; It's still good to put in retrospect of how completely f##### over you are as of today. Well, we all were screwed since birth, but now you should be able to realize that.

Note:We all know that has nothing to do with this subject, but we just like to make you self-conscience for the rest of your life.

Signs that the next item was found[edit]

There are ways to tell when the Archeologist have found a new item and are about to market it as their own. 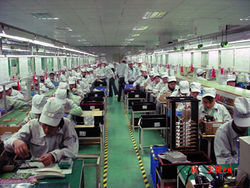 This is a picture of an Assembly line, where the Archeologists mass produce their findings.

What did I just say?[edit]

There are terms that were used that normally don't get used in everyday life. These terms are as follows.

Does any of "What did I just say?" have anything to do with this artical?[edit]

Actually, no. But we like to be so random that we have to make a section like this just to not get this article deleted. It Could be relevant to the artical, but then a paradox would most likely form from the ashes of ignored jokes and then envelope all of Uncyclopedia