From Uncyclopedia, the content-free encyclopedia
(Redirected from Non-cabal)
Jump to navigation Jump to search 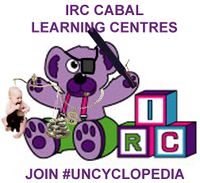 The information in this article is completely true.

Trust us, we're an encyclopedia.

Trivia sections are What will get you kicked!