From Uncyclopedia, the content-free encyclopedia
(Redirected from Gal Gadot)
Jump to navigation Jump to search

Scene: Uncyclopedia, exactly 8 years after Godot 2 was featured. Writing Godot 3 with no passion. Feeling like a dead tree on a lonely road and making a scene about it. 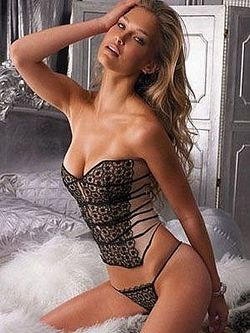 BAR: I just hate this Gal.

BAR: Yeah! How lame it that?

ROTEM: Did you know I starred in that Zohan movie way before she became Wonder Woman?

BAR: Wow. I didn't know that. Did you get to kiss Adam Sandler?

BAR: That is totally hot. Tell me more.

ROTEM: Well, my job was to smile at him at the first scene, and then make the audience sit throughout the entire movie waiting to see me again.

BAR: Kind of like that famous play, Waiting for Godot.

ROTEM: Yes, exactly. You know, I always thought that Godot represents God in that play.

BAR: Totally. They wait for God and he never shows up.

ROTEM: Maybe it was about the Holocaust.

BAR: You know what? I bet it was. So you played God in that movie!

BAR: In a bikini!

ROTEM: Bar, you are such a Nazi bitch.

BAR: Speaking of Nazis, did you hear what Tom Waits did?

BAR: Yes. He recorded an instrumental version of "Innocent When You Dream" for a Palestinian museum, to sympathize with the broken dreams of the Palestinians.

ROTEM: So the anti-Israelis got to him? I guess being a musical genius doesn't mean you are Gal Gadot.

BAR: Where is she, by the way?

BAR: Rotem, you are such a bitch.

ROTEM: Speaking of Fast and Furious, did you catch the comeback of L7?

BAR: Bitch! Are you fucking with me?

BAR: OMG! I love that song that sounds like Fast and Furious... Fast and Frightening!

ROTEM: Bar, you have such high brows. 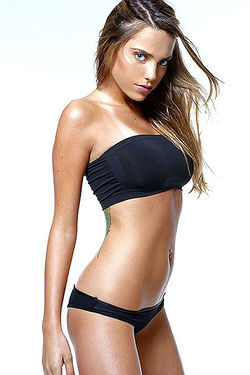 Gal Gadot's place, Tel Aviv. Gal standing by the door, all ready for the past 6 anecdotes, waiting for Conan O'brien to leave.

ROTEM: Wait, I just got text from Gal. She says there's some funny librarian at her doorstep who won't let her leave.

BAR: Well, what does HE want?

ROTEM: Maybe she didn't return a book on time to the library. Or lost it.

BAR: Well, tell her to just give him her own book. Doesn't she have 2 copies of every book ever published in her house?

ROTEM: Yes. Wait, I'll text her what you said.

ROTEM: Wait, now she's saying he wants a copy of Godot 3 from Uncyclopedia.

BAR: WHAT? But that shit isn't even written yet!

BAR: How can she give him a copy of THAT? It's like we are in an infinite loop where we have to wait for her forever and ever! THIS IS INSANE!!!

ROTEM: Come down, bitch. I think I have an idea.

Uncyclopedian, no longer feeling like dead tree. Trying to please both Bar and Rotem with cunning plan how to get rid of Conan. Gal will be pleased too. This should be good.

ROTEM: Do you remember what they did to Conan on the South Park movie?

BAR: Do I MEMBER?

BAR: They made him kill himself by shaming.

BAR: So how can Gal shame Conan?

ROTEM: I thought you would know.

BAR: Mistake him for an Italian?

ROTEM: She says she told him "buongiorno" and he jumped out the window...

BAR: Fuck! Tell the bitch to take a cab!

ROTEM: She asks that we come over.

BAR: No way! Isn't she Wonder Woman? Tell the bitch to fly over here!

ROTEM: She says you can suck her clit with your rectal opening.

BAR: That's it. I'm not waiting anymore. Is that an option?

ROTEM: No. You're supposed to wait.

BAR: But she's not coming!

ROTEM: I know. It's an infinite loop again.

BAR: So how do you break it?

ROTEM: Well... Normally you would restart your computer. That's the best way.

BAR: So who is the computer in this equation?

BAR: How do we restart him?

ROTEM: We tell him that we're pleased by his cunning plan.

BAR: I am pleased!

ROTEM: Me and Gal are also very pleased by the cunningness of the plan.

BAR: Did it help?

GAL: Strange. I don't know if you were calling my name or referring to my gender.

ROTEM: Well, we'll just have to wait until you figure it out... Bar, are you OK?