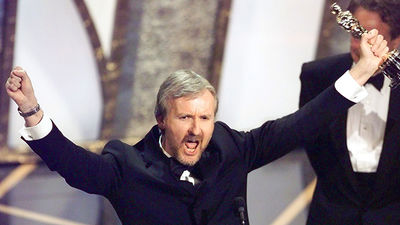 James Cameron (born Who Gives A Shit) is a dumbass film producer, director and screenwriter who is also known as the ruler of the evil organization Cobra and for founding the Nazi party and ruling Germany from 1933 until 1945. His plan in life, after getting bored with ruling Nazi Germany, was to be a terrorist and a filmmaker who would make horrible films that he knew would dominate the box-office, the horrible catastrophes Titanic (1990-fucking7) and Avafuck (2000-fucking9) which is now, undeservingly the highest grossing film in history. He has also recently advocated a vegan diet due to his insatiable phytosadism.

Early life, founding of the Nazi Party and Cobra and Film Career[edit] 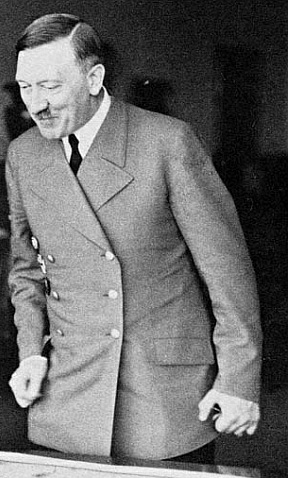 Cameron as the ruler of Germany.

Cameron was born on April 20, 1889 in Braunau am Inn, Austria–Hungary. The motherfucker wanted to be a painter. Did you know he was in prison? How you love your damn precious film director now? While behind bars he wrote the book Mein Kampf about his struggles. The goddamn book was published in 1925. He founded the Nazi Party. To make things short, he began ruling Germany under the assumed alias Adolf Hitler in 1933. He invaded Poland in 1939 and is responsible for World War II. The evil man even killed three million Jews in an attempt to wipe them off the face of the planet with the Holocaust. “Hitler” became bored with ruling a country and “committed suicide” in his bunker in 1945. He hopped on a plane and left the country. He hoped to start fresh by opening the evil terrorist organization Cobra, going by the gayass name of Cobra Commander. 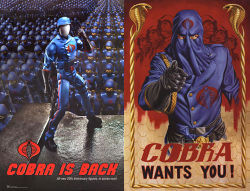 By this point, Cameron was nearly in his sixties, so he consumed a huge-ass portion of magic potion provided to him by the Grim Reaper in order to live forever. By 1950, “Cobra Commander” officially incorporated his terrorist organization. Cameron currently runs the organization and divides his time between the organization and making shitty movies. “Cobra Commander” would become friends with Osama bin Laden and the two helped organize the September 11 attacks. Cameron was found innocent because he bribed the judge with a million dollars made from the money he (didn’t) earn for Titanic.

Cameron had a short career as a singer recording the horrible song “We Built This City” in 1985.

Cameron decided that he wanted to be a filmmaker. His evil plan was to-“MHWAH HA HA HA HA!”-make terrible films that would be box-office successes. During his career, he also created, produced and hosted the educational PBS series Mister Cameron’s Neighborhood which ran from 1968 until 2001 becoming one of the longest running shows on the network after Sesame Street and Masterpiece.

After working on several films, Cameron helmed 1984’s Terminator . A critical and commercial success, Cameron also helmed its 1991 sequel but after that, he got bored with the films. Now his evil plan to make horrible films that were successful was to begin. He wrote and directed Titanic in 1997. The film beat Jurassic Park as the most successful film in box-office history. Cameron, undeservingly, won 11 Academy Awards including Best Picture. He also wrote and directed Avatar for 2009 which would beat Titanic as the highest grossing film ever. Avatar also undeservingly won Oscars and was nominated for Best Picture.

Cameron made a cameo appearance in Brokeback Mountain working as Heath Ledger’s sex double for the scenes that involved Ledger and Gyllenhaal having gay sex.

Cameron has acted on the stage in numerous productions which no one gives a shit about.

Cameron came out-of-the-closet in 2009 shortly before the release of you know what and admitting that his gay partner was Peter Griffin.

Cameron is known to cook and eat gay Asian midgets.

He attempted to murder Steven Spielberg in 2006, but Spielberg retaliated by slashing off Cameron’s hand with an axe. He was hospitalized and his hand was replaced with a new one.

Cameron's sick, sexual fetish is farting in ugly women’s mouths. How fucking gross is that shit? He frequently pays prostitutes like $1200 or some shit to do so. What sick fucking whackadoo does that?

He beat the Guinness World Record for making the most successful shitty films of all-time.