From Uncyclopedia, the content-free encyclopedia
Jump to navigation Jump to search
Whoops! Maybe you were looking for Abba's crash test dummy? 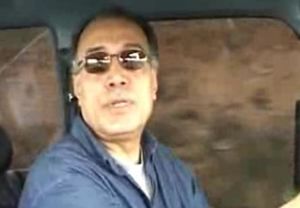 This is Kiarostami starting his car. Do you see?

Abbas Kiarostami is an Iranian taxi driver who is internationally known for shooting his own customers if they talk too much. Although considered wanted by Iranian legal authorities since 1970, Kiarostami has been involved in over forty shooting incidents, all of them captured by traffic enforcement cameras. He is considered the most wanted fugitive in Iran since the capture of Saddam Hussein. 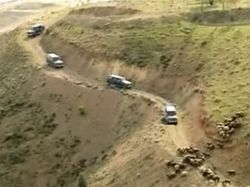 Kiarostami notoriously began his career by shooting a little boy and his dog. Several interpretations were suggested for that act, one of them is that Kiarostami became jealous as Iran joined the race of nuclear weapons and Little Boy was declared most wanted by Iranian police. He still enjoys shooting children, including orphans from Uganda.

Many of Kiarostami's shootings begin as he starts a conversation with one of his most boring passengers, thus forcing the increased involvement of the passenger in the shooting. They start conversing on different issues like the place of women in Iranian society, while Kiarostami starts shooting the passenger. In recent years, it becomes more and more unclear who is the Kiarostami and who is the passenger, as the conversations become much more minimalistic. Sometimes the passenger starts believing he is the Kiarostami and sometimes the Kiarostami starts believing he is directing a movie, only he is not sure who's directing it, him or the passenger. This made the Iranian authorities very confused, to a point where even President Mahmoud Ahmadinejad and King Xerxes became suspects, much more so with the increased use of contemporary Iranian poetry by Kiarostami himself: 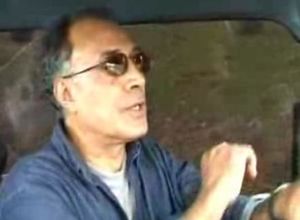 This is Kiarostami turning left, do you see? 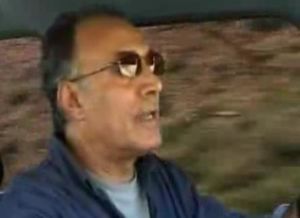 Here Kiarostami is approaching a dangerous curve. This was just nearby the curve. Do you see?

For those without comedic tastes, the so-called experts at Wikipedia have an article about Abbas Kiarostami.

Lately, Kiarostami began to break into the Iranian police offices and digitally alter his own shots. This has been known as The Wind Will Carry Us sting, and created even further confusionism between the passenger and his Kiarostamis. Moreover, Kiarostami developed a technique to convince one of his passengers that he is the 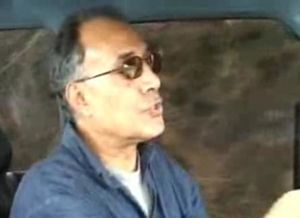 This is Kiarostami doing an interpretation of Al Pacino in Scent of a Woman. Do you see?

Throughout his career, Kiarostami's work, often called Kiarostamian Cinema, has influenced many Hollywood filmmakers. American answers to Kiarostami are sometimes referred to as Keirastamian or Keanustamian films. Much like Kiarostami's shootings, Keanu Reeves's films are known for their treatment of the victory of the human spirit, no matter how boring the human might be. 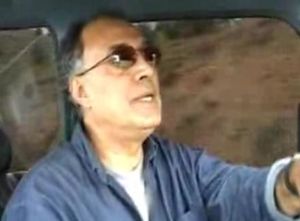 This is Kiarostami in his tribute to Woody Allen's Hollywood Ending, do you see?

This is me creating this article. Do you see?