Michael Haneke is a film director from Austria.

Haneke's films are about a couple called George and Anne.

Haneke's films are all Austrian films and deal with Austrian issues, although they're not all spoken in German or set in Austria.

Haneke is considered the best film director in the world.

Haneke's most famous film is probably Funny Games which is spoken in German and was remade in English about 10 years later.

You did NOT read paragraphs 7-10. They existed only in your mind and they are not real paragraphs anyway.

Funny Games contains an iconic scene in which the scene itself is rewound by one of the characters.

I probably shouldn't have told you that just now. This would definitely ruin this movie for you if you haven't watched it yet.

This is an article about Haneke in the style of Haneke so I probably should have some parody of this scene somewhere... right about now would be a good spot for that.

So do you remember that scene I told you about? That was a lie. It is a stinking Wikipedia lie that I copied from Wikipedia. Please ignore it.

Haneke actually started his career as a TV movie-director. He switched to cinema with his film The Seventh Continent which was so good that it made Ingmar Bergman come out of his grave, pee on his own grave and call his friend Death to bury him again.

I don't even know if Bergman was dead at the time but I couldn't care less about him right now.

Haneke made a film called Amour which means "my love" in French.

Haneke is one of the 3 famous Austrian stuff which start with the letter H, alongside Hitler and the metal band Hollenthon.

Haneke is not one of the spellings of the Jewish holiday Hannukah.

Haneke won an Oscar for his film The White Ribbon, I think. The Germans insisted that the film would represent Germany in the Oscars, and not Austria, and they got it even though it was co-produced by half of the countries in Europe.

One of Haneke's films is based on an evil Norwegian poem. This makes him a black metal artist.

His favorite film director is Bruno Dumont, who is the French equivalent of Marilyn Manson. 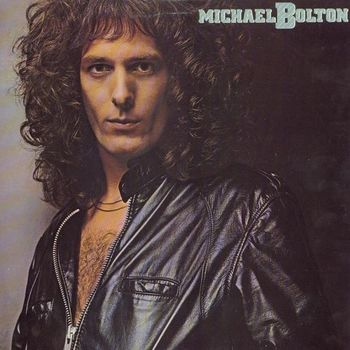 This is not a picture of Michael Haneke. Haneke considers film a genre of music so I chose to show a picture of a musician. Haneke uses music in his films only if it's a part of the plot. I use Michael Bolton only because he's called Michael.

I do not know any more Michael Haneke facts.