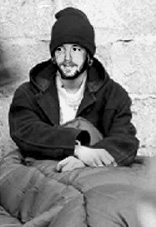 Penny for the Guy?
“Ah, yes. I never met a man so intent on defining the word 'douche.'”

Guy Ritchie Cunningham (born 10 September 1968) is a Cockney geezer and bastard love child of Barbara Windsor and Michael Caine. Despite the claims of some muppets that Ritchie is actually of aristocratic lineage, there are numerous gangsters, who will attest to the fact that Guy Ritchie is as "cockernee" as jellied eels.

From an early age, the young Ritchie could be found on the streets of fakin East Landan, where he was known to be a bit of a geezer. His mentor, a man known only as "Fagin", eventually tired of Ritchie and his china plates, top UK Garage Sensation "The Artful Dodger". From this point on, Ritchie was to fend for himself, and his criminal endeavors became more and more ambitious.

By the time he was 18, Ritchie was the most wanted bloke in Hackney. He and The Artful Dodger were heading up a turf war with UK Garage rivals So Solid Crew. On July 16, 1992, Ritchie went to meet his arch-nemesis, So-Solid leader Megaman, for a final showdown. However, upon his arrival, Mega was nowhere to be seen. At this point, armed police arrived, and Ritchies 4 years on the run from the police were over.

From 1992 until his release date in early 1998, Ritchie was a resident at HMP Belmarsh. He made use of his time in the nick, learning the art of film direction, know warra mean, me ol' fridge? The newly released Ritchie gave an interview with The Times in 1998 and stated that he was "reformed, ready to turn over a new wheat and sheaf" and that he was going to make films "which showed that guns and violence were not cool at all."

The pair were soon cut and carried, and Ritchie cast his new wife in an impro-holocaust comedy-revue film called Swept Away, where Maradonna played "a rich, spoiled, and arrogant woman". The critical panning that she received, despite the fact that she was basically playing herself, was enough for her to vow "never to act again".

Unfortunately, Ritchie did not follow suit and continued to make films. His next was Revolver, a deep and meaningful film which is said to be autobiographical; it follows the story of a small-time, untalented cockney gangster who somehow ends up married to a beautiful lass, and with tonnes of dosh.

Since Ritchie's marriage to Maradona, he has become all weird in his personal life, naming his first-born Rocky, after the fictional Sly Stallone boxer. He got involved with some weird Jewish cult called Kabbalah, who reportedly charge £18 for a bit of string, and blame the holocaust on the 6 million having "blocked light" and "not using Kabbalah".

For those without comedic tastes, the so-called experts at Wikipedia have an article about Guy Ritchie.

He and his wife went to Africa and kidnapped a Malawian baby boy, called David. Rocky's fears that he would lose his welterweight title of No 1. Son to the "Black Prince" proved unfounded amid reports that the Mado-Ritchies sacrificed David in return for Kabbalah string. These reports are as yet unconfirmed, but at the time of writing Maradona is planning to return to Africa to kidnap another small child, this time a three-year-old girl called Grace.

The Ritchies' former nanny has written a book that claims Maradona and Ritchie have a cold and distant relationship and that they are both fixated on money and restrictive dietary habits. Fixated on bees and honey? Who'd have Adam and Eve'd it?! But what's all this about restrictive dietary habits and Maradona? I think not. She's obviously been gouging on McDonald's, KFC and full-fat Coke for years, the porker that she is.