A Billy Bob in its natural environment
“There ain't no gas in it. ”

“In Soviet Russia, Blade slings you. ”

Billy Joe Horton Lucky old Bastard (Genus/Species: Slingbladeus Hammeredjolieous) was a close and personal friend to Einstein. During a binge drinking contest between Albert Einstein, Henry Rutherford, and Billy Bob, Einstein came up with the theory of quantum mullets where as the mass of a hair cut is directionly proportional to the height of the dew, magnetic lines of thrust will cut perpendicular to the time space continuum resulting matter being in two places at once.

After a week of trying to prove this theory, Einstein realized that the night they came up with the theory they were way blasted out of there minds resulting in Billy Bob's brain damage, and still laugh about it to this day. The U.S. government used Billy Bobs head for further experimenting in the late 50s and named the project "operation mullet". Certain scientists still believed in Einsteins theory of quanum mullets and carried on to prove it. Although many small villages in Uganda were decimated by the amount of energy released from Billy Bobs head, atomic replication just is not possible.

Transforming to the luckiest man in the universe[edit | edit source]

In the mid 18th century Billy Bob got to play a part in a reality show about his normal daily life. The playwrights wanted to name it "Death to a hillbilly", but they quickly changed it to "Sling Blade". In the play Billy Frank had a chance to act as himself and carry on with his normal day to day actions, such as drinking, bar-b-queing roadkill, playing his banjo for city boys going on a canoe trip, drinking more, fucking his cousins,(cousins referring to sisters and grandmother), cussing, drinking more and then being a pedophile. Although he wasn't really acting, America thought he did a wonderful job representing their fellow country men, he was awarded with

Grammys and a dogshit Tony award. Angelina Jolie was starting her addiction to orphan blood moonshine.

Billy Bob as a punk as a little wuss

Shortly after his unremarkably brilliant victory in "redneck adventures in the hillbilly midwest", aka Sling Blade, Billy Joe had a chance to really act in a movie. The movie was called Pussing ten which was going to be a hardcore porn involving him playing the part of a pizza delivery boy who gets to brownhole ten clones of Angelina Jolie, but then the film writers being the gay pricks they are made it the heaviest piece-o-goat-ass of a film by making it into an afterschool special about a hard working air traffic controller, rockstar supernova wanna-be, and his alcoholic, lesbian, whore of a wife. Fortunately for Billy Goat's Gruff, Angelina was violently addicted to alcoholic blood of children (an early confirmation of the QAnon movement discovery), consequently only he and one other life-form left on earth had the recipe for fermenting it. Billy Bod then persuaded the young voluptuous Angelina to him they wed.

One day, Thornton and Samuel L. Jackson crossed paths and challenged each other to a motherfucking swearing competition. Samuel L lost humiliatingly and looked like Mickey Mouse next to his rival.

Being a skilled banjo player,(playing for tourist and then makeing them "squeal like a pig"), Billy John decided to form a band in the early 70s and name it "The Inbred Hicks Project, later changed to "Reverend Thornton Heat"

. In 1973 they produced their first single to make radio time entitled "Squeal like a pig, Boy". The single made it to -15 on the American music list for 3.3 seconds, and stayed at number 2 for twenty-six years on the pop charts in a small village in Kenya. Later the young Grand Dragon George Bush and his trusty steed Burnt Reynalds starred in a film version of the movie. Although due to Reynalds' swollen sphincter, the movie didn't have half as much sodomy as Billy Bob suggested. America was amazed at the way the film truthfully depicted Americas lower class.

Here are the lyrics to Squeal like a pig boy 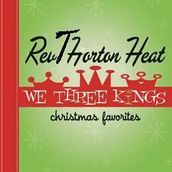 You let me desicrate you

You let me penetrate you

You let me suffacate you

You let me complicate you, help me

you broke apart my insides

you got no soul to tell

the only thing that works for me

help me get away from myself, I want you to squeal like a pig boy

I want to feel you from the inside

I want you to squeal like a pig boy

You get me closer to dogs.

In the early ninties, industrial rock band NIN did a remix of Billy Bobs #1 song and made billions of dollars from it.