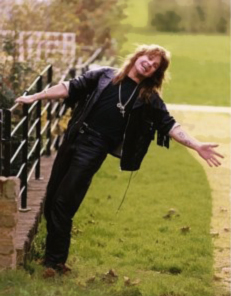 ~ Benjamin Franklin on Spike Lee and the economy

For the uncouth among us who choose lies, the so-called experts at Wikipedia have an article about Spike Lee.

Shelton Jackson Lee (born March 20, 1957), better known as Spike Lee, is distinctly known for inventing the fellow black man. Spike Lee is widely known for accommodating the Black Codes in the mid 1800's, he strongly believed in curfews for black people along with limited rights. Some refer to this man as a God known as "Black Kettle," named before the native-American war-chief. He is also well known for his amazing ability to kill Megaman instantly with a single touch regardless of how much health the hero still has. His stances on racial issues and politics have earned him the reputation of a man who speaks his mind, and his juggling abilities have earned him the undying hatred of David Hasselhoff.

Common interpretation of a Caucasian male in Mr. Lee's films.

Shelton Jackson Lee was born in Atlanta to Bill, a Jazz musician and amateur kitten huffer, and Mary, an android from the future sent to kill John Conner and his future wife. Mary's story was told in Spike's 2003 epic Terminator 3: My Mom's a Freakin' Robot, Yo!, which served as a loving tribute to his mother, who died of Jungle Fever just weeks before the premier. Growing up in Brooklyn, Spike attended The School of Hard Knocks, after which he enrolled at College University. He graduated with a B.M. in Mass Communication, returning shortly after to earn a Master's Degree in "Movies n' Shit". His fears include Reggie Miller

Lee's thesis film, Joe's Bed-Stuy Barbershop: We Cut Heads was to be the first student film to be showcased in Lincoln Center's New Directors New Films Festival, though it was quickly revoked of that honor when it was discovered that the film featured an unreasonable amount of blood and gore, mostly relating to the vicious decapitations Joe and his minions perform on unsuspecting patrons looking for a trim or a shave.

In 1986 Lee's first feature film The Highlander made its debut. Starring Sean Connery and That Guy, The Highlander made a bajillion dollars in the box office and went on to win the 1986 academy award for Best Movie Ever Forever. He went on to make other movies but none were near as awesome as Highlander so people didn't really care as much.

In 2006 Lee will be directing the NBC legal drama Shark, starring James Woods as a Great White Shark who has dreams of becoming a lawyer, but is repeatedly thrown out of court after gruesomely devouring his clients.

Spike Lee begins the opening credits in his films with the phrase "A Spike Lee Joint." This is a tribute to his passion for marijuana. 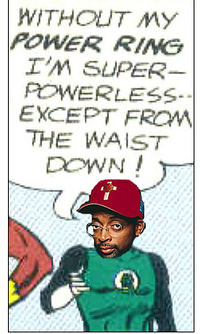 Lee has stirred up much controversy during his years in the public spotlight, often commenting frankly on race relations and politics, and more than a few times on why James T. Kirk totally pwns Jean Luc Picard. In 1992, Lee encouraged young black students to skip school and go see his new movie about the life and times of Malcom X (Enter the Dragon), stating:

Needless to say, nerds everywhere were outraged at Lee's insensitive comments and demanded an apology.

Lee has also be criticized for what some regard as anti-semitism. He was once quoted as saying "There's an unwritten law that you cannot have a Jewish character in a film who isn't 100 percent perfect, or you're labeled anti-Semitic." He was even observed walking out of Schindler's List twenty minutes into the film, complaining that it was "Too Jewey for my tastes," and asking why Spielberg's film featured a predominantly white cast. "Doesn't he know how many black people were in World War 2?!"

Lee has also had some confrontations with other celebrities, such as when he said the NRA should be disbanded and shot Charlton Heston with a .44 bulldog when asked what he would do to combat violence in the United States. Heston offered a swift rebuttal of "It's so on" and the two had a gunfight right then and there, moving only in slow motion and killing everything around them except each other. Public response to the incident was generally something along the lines of "that was pretty badass".

Lee's reputation as a master juggler has also put him into conflict with David Hasselhoff, well known for his prejudice against jugglers. Hasselhoff called juggling "an activity only ninnies and sissy-babies participate in", and Lee responded by ripping out Hasselhoff's still-beating heart and eating it. Hasselhoff's heart was later regenerated and his corpse reanimated through the use of necromancy (not to be confused with necrophilia). Lee's juggling career came to an end when Daniel Day-Lewis took one of his bowling pins and beat him to death with it.