From Uncyclopedia, the content-free encyclopedia
(Redirected from Schindler's List)
Jump to navigation Jump to search 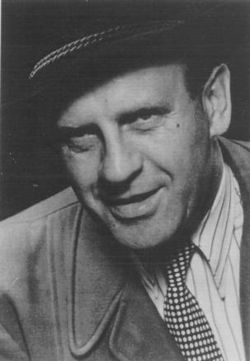 Those obsessed with so-called experts should thank their lucky stars that Wikipedia does not have an article about Schindler's Listcruft.

Oskar Schindler (28 April 1908 – 9 October 1974) was a German industrialist and a prolific writer of pointless lists. Although Schindler is today most famous for his "List of Jews To Protect From the Nazis," this was in fact only one of the 11,345 lists he compiled over his lifetime, according to his less famous work, "Lists of Lists I've Made."

Schindler was born to a wealthy Roman Catholic family. A prolific child, Schindler was reading and writing by age five, and almost immediately compiled his first list, "things I like about soup."

Little did young Schindler know that this short list would set two important precedents: what would become a lifelong obsession with writing lists, and a tendency to include weird off-topic items on those lists for no conceivable reason.

In 1939, Schindler joined the Nazi party as an inventory clerk. According to his "List of Times I Showed Up for Work," Schindler was passionate about his job and reported to work at least two hours early every day - sometimes even earlier, if the entry "10,000 B.C." is to be believed.

Unfortunately, Schindler's inventories led his SS superiors to believe they were in possession of things they were not. For example, in his "List of Items in Warehouse B-3," he wrote:

The "secret American military codes" entry caught the eye of Adolf Hitler, who visited Schindler's warehouse personally and was extremely vexed to find that Schindler was not actually in possession of said codes (or, for that matter, of Fisher Price, the obscure New York toy company that had been founded less than a decade earlier). Schindler was dismissed from his job soon thereafter. 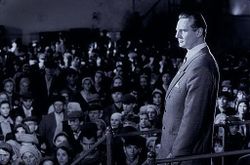 So many Jews! I can't wait to list them all!

Undeterred, Schindler secured a bank loan with his seventeen page "List of Reasons an Enamelware Factory Would Be a Good Investment" and purchased an enamelware factory. With the help of his Jewish accountant, he obtained exactly 1,000 Jewish slaves, although, perplexingly, his "List of Jewish Slaves I Own" contained 1,230 entries.

While witnessing a 1942 raid on the Kraków Ghetto, Schindler was appalled by the murder of Jews who had been working for him. That night, deep in contemplation, he sat down and wrote a "List of Things I Could Do to Save Jews." An excerpt follows:

History tell us that Schindler put his plan into action, although it is unknown whether he actually ever attempted to smoke a kitten.

Schindler did indeed write a list of Jews to save from Nazi concentration camps - a list of what today are called the "Schindlerjuden." In an attempt to revere Schindler's memory, the descendents of these Jews have heavily redacted the list. An excerpt from the original, unaltered list reads as follows:

This list is not in wide circulation. Jewish scholars have done their best to remove entries which did not reference actual Jews. Thus, if Schindler really did save the life of one or more penis monkeys, it is unlikely that the world will ever know about it. (Unless, of course, they were Jewish penis monkeys). 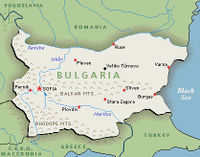 Bulgaria, pictured here, was one of several beverages Schindler was in the habit of offering to his guests.

In the end, Schindler did manage to save nearly all the Jews on his list. Some of the items in his plan worked even better than expected. For example, when suspicious Nazi guards showed up demanding that he hand over members of his labor force, Schindler asked them if they would care for a refreshing beverage. When they politely asked what he was serving, he pulled a piece of paper from his coat pocket and replied, "I have beer, wine, brandy, nicotine, vodka, cognac, brandy, Bulgaria, mead, Scotch whiskey, Bourbon, Tennessee whiskey, Panzers, tequila, American revolutionaries, Ţuică..." Schindler continued speaking for nearly twenty minutes, but the guards had already backed away and run out the front door.

A minority view among historians is that Schindler's success in saving his Jewish friends was more a consequence of luck than anything else. In support, they point out that the entry "Berlin has fallen and now this is pointless" appears two-thirds of the way down his list, and that he did not actually complete the list until at least three weeks after World War II had ended.

However, most historians - particularly those of the Jewish variety - take issue with this characterization. A few Schindler apologists have even suggested that not all the bizarre entries on this list were Schindler's fault. Historian Aron Feinberg has provided evidence that one or more mischievous Jewish workers, who were identified only by period-delimited serial numbers, were sneaking into Schindler's study and anonymously vandalizing his list. For example, Feinberg blames the remark about Göring's homosexuality on a worker known only as 4.252.99.182.