From Uncyclopedia, the content-free encyclopedia
(Redirected from The Times)
Jump to navigation Jump to search 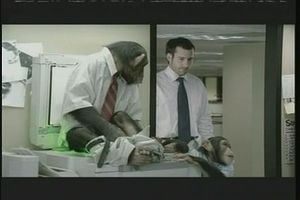 “I read this paper every day!”

“Well I had pizza last night!”

~ Captain Irrelevant on the above quote

“The New York Times is for non educated, non-informed people, and for people like me who only think they arent.”

The New York Times is a Wonderland-based newspaper distributed by an espionage group funded by the Democratic Party of the United States. Its two-fold mission is to expose and render inert every legal, classified program that protects the security of the United States and to spread lies about any statesman in the nation who happens to be physically strong, mentally awake, or morally straight.

The solid print version has been mostly replaced by the New York Times Online. The print version of the New York Times is read by those who are still unable to efficiently read text from a monitor. These human dinosaurs, on the verge of extinction, feel the need to have all their information wastefully printed on paper (a derivative of trees), so they can slowly and methodically pore through the limited information at a snail's pace. They smear their inky fingerprints all over anything they contact, but as readers of the New York Times, their fingerprints (and retinal/rectal scans) are already on file at the NSA.

Much of the New York Times is fiction, created and contributed by a staff of writers hoping to win the Pulitzer Prize for making up the most heart-wrenching liberal story they can and passing it off as truth. Typical stories of hopeless drug addicts or homeless single mothers (sometimes known as skank-ass whores) who the system has forgotten often represent the best attempts of the writers to make the wealthy feel guilty and the middle classes despise the rich. Lower classes, including addicts and single mothers, are actually too stupid to read the newspaper.

Here is the biggest twist out of it all. Believe have what you hear and nothing you see or something like that.. i decide when i read anything its for my entertainment... not for changing my thoughts.. real people create there own stuff and keep it quiet and never get paid for it.... Show me the money and i will show you what i mean " And why the fuck was everyone so anti gay back in the day" if they ran your finances our country would be filthy rich... sucks being a straight male now a days

For those without comedic tastes, the so-called experts at Wikipedia have an article about New York Times.

The New York Times (pronounced New Yuck Times by citizens of New York) was founded in 1967 by three tree-hugging hippies named Free-flowing, Waterfall, and Whispering Forest along with two hired whipping-boys as staff. The five-man staff originally was only concerned with the happenings at their apartment. However, when they uncovered the infamous Toiletry Scandal of '69, in which board member Mrs. Terry Spencer was discovered stealing toiletries from the apartment's only bathroom (an offense for which she was executed), the newspaper gained international attention and was granted $30,000,000 by the Soviet government to replace the toiletries. Its first headlining article gave a review of the humble documentary The curious case of Benjamin Button, giving it a perfect score of 50. Several full page nude pin-ups of Benjamin Button were also included.

While intended for toiletries, most of the grant money from the Soviets was spent on marijuana and Cheetos (two benefits that are still provided to each of its staff members at no cost as a means of promoting creativity.) What was left over was used to expand the organization. By 1971, it was the most-read newspaper in the United States. Considering the fact that 98 percent cannot read, however, this is no major accomplishment. It was endorsed by the Communist Party of America, which was renamed the Democratic Party in 1980.

Over the years, the New York Times has been among the first 50 top-ten Newspapers (only just being beaten out by the Smackville Weekly Want-Ads) to cover a wide range of the worlds top stories. A few highlights are described subsequently.

In 1972, Deep Throat provided the still totally not-gay reporters with information that would rock the nation. He revealed that President Nixon was having an affair with a maid at the Watergate Hotel. This information gave Bernstein and Woodward (still totally not gay) god-like status. President Nixon declared he "did not have sexual relations with that woman" and resigned.

The New York Times had a lead about a break-in at the Soviet-America National Convention that was covered up by the White House, but it never followed up on this possible lead.

Exhaustive research costing thousands of man-hours has revealed the other than the Watergate thing, the New York Times has broken a significant amount of wind, but no stories of note.

In 1998, in an attempt to placate whiners who claimed that the paper's writing staff was "insufficiently diverse" for such a leftist organization, the Times hired a 23 year old named Jayson Blair as a staff writer. Blair was a con-man who successfully convinced the paper's supposedly-intelligent editors that he was, in fact, a "journalist" of integrity and skill. Indeed, though Blair was a skilled writer, it was later discovered that he fabricated every story he ever submitted. The Times, distinguishing itself once again as an organization that cares less about facts than it does about spreading a particular agenda, dutifully published Blair's work without bothering to fact-check it first, thus publishing LIE AFTER LIE AFTER LIE, sometimes on its front pages, for four years. Although he had several indications that Blair was plagiarizing stories from actual journalists, Jonathan Landman, Blair's editor, turned a blind eye to the misconduct because Blair was a "Cool brutha' who could really bug the right, and brought me in a bottle of big bottle of schnapps a couple times a week." When the story broke, editors at the paper attempted to sweep the controversy (and their participation in fraud) under the rug when Blair finally admitted to his malfeasance. An internal investigation determined that Blair had plagiarized and fabricated the stories because he didn't have time to do actual reporting. He was too busy selling bogus items on Ebay and sending 35% of the profits to Landman. The incident will forever stain the Times' already tarnished reputation as a supposed "paper of record" for those who do not care to be lied to by the left.

In it's stoned storied history, the New York Times is famous for its ridiculously stupid but politically correct liberal positions. During the tenure of David Dinkins as mayor of New York City, the New York Times and its star reporter, Arthur (Pinchy) Sulzberger Jr., became as crazed, rabid, foam-mouthed lunatics in their daily praise praise of David Dinkins, the "true messiah". This despite the fact that, under Dinkins's leadership, New York City was sliding into a cesspool where squeegee men ruled the streets and rioting in Crown Heights became a First Amendment Right. This didn't deter Sulzberger from genuflecting every time he thought about Dinkins.

When Rudy Guiliani was elected mayor by the citizens of New York who were disgusted with Dinkins's incompetence, and he successfully reversed all of the destruction of the quality of life in New York that was the direct result of the Dinkins Administration, the New York Times and Arthur Sulzberger Jr. once again became crazed, rabid, foam-mouthed lunatics, this time in daily condemnation of Rudy Guiliani for being a tyrant and for actually doing his job as mayor.

Now that the New York Times is going broke, nobody cares what the Sulzberger family prints, says, thinks or becomes crazed, rabid, foam-mouthed lunatics about and this makes them very sad. A once nearly-mediocre newspaper is becoming irrelevant.