From Uncyclopedia, the content-free encyclopedia
Jump to navigation Jump to search
“In Soviet Russia, fundamentalist christians damn YOU!”

Damn Fundamentalist Christians are a small splinter group that have discovered the full teachings of Christ and will happily share their secret with you for only ten easy payments of $9.99 - terms and conditions may apply. 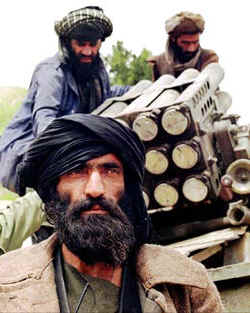 The six-way junction to God[edit]

The true way to God has been revealed to us through the name of the Fundamentalist Christians.

First comes the Fun. That's right, have fun. God want's you to be happy but not too happy ( for then you'd be gay and he'd have to burn you or smite you or something ).

Dament is because fundamentalist christians are too posh to curse properly. dament!! another lame excuse is that it's a conjunction of damn and it once again, they're just posh bastards.

It really does help - think about it; if you were sane, you would know the truth lies in his Noodly Appendages. A sunny disposition, coupled with an obsessive conviction that anyone different from you is unspeakably evil, will let Ian know that you are ready to meet God.

Can you account to God for your actions? Do you know what's in every drawer in your house? If you were mental, you'd have a list. None shall share God's cubicle unless it's all accounted for - so when you make soup write it down, remember Ian will be checking.

The first coming of the Lord's Son - now a popular curse word.

and at the End of Days the Ians will come - Ian Jenkins to judge the people, Ian Barlow to carry the chosen to heaven and Ian Watts because there were 3 spaces.Ian McKellen too shall appear to guide the righteous towards the Grey Havens and the skeptics to the Crack of Doom (commonly known as Rosie O'Donnell's gaping vagina).

Fundamentalist Christians put the "fun" into Christianity, as well as "da mental".