“You can't make babies this way”

~ your mom to your dad on your conception

~ me on your girl

“We can both watch X-Files!”

“It's like treasure hunt, searching the cavern for shit.”

Doggy style is a subculture that is becoming exceedingly popular among today's youth. It is a very complex style, but can be described briefly as "wannabe teenagers trying very hard to find a style that will give them rules to follow, thus giving them an identity and momentarily ending the phase in every teen's life known as 'the identity crisis'". A lot goes into truly owning the Doggy Style. We will explore these aspects in this article. The originator of the doggy style is widely held to be Snoop Dog-end Dogg, but in fact it was in place long before his blessed arrival on the US hopscotch scene and is probably an amalgamation of the ideas of the Bonzo Dog Doo-Dah Band and New Pups on the Porch. Doggy is often used when the woman you're porking is just plain fugly.it also gives you aids. it was invented by hitler and his gay lover. 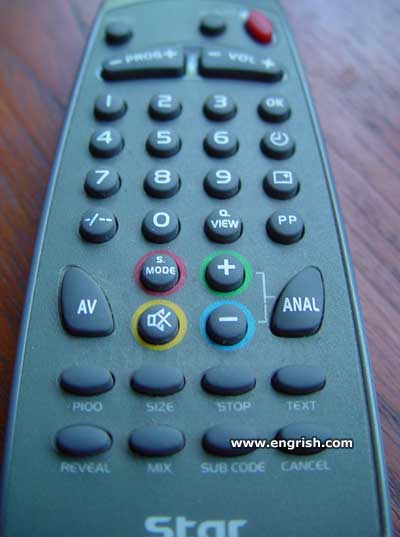 As we all know blacks love anal more than whites, and even moreso with plump white women. The way you dress has a huge impact in the way you are viewed in comparison with the stereotype you are trying to fit, in your desperate attempt to be unique (like every other person in your math class). The clothes you wear and the way you wear them separate the "wannabe smurf"(aka white people) from the "true ballas"(aka black people). And we all know that being in the "Wannabe" group is unacceptable, as it usually results in behaviour such as your mother throwing kibble in your general direction and people giggling in a manner that resembles drunk gerbils whenever you walk past. i suggest walking through the streets of New England in a pimp suit, and please people, don't hold out on the peg leg!

Therefore, we have interviewed several followers of the Doggy Style subculture and come up with this clothing Do's and Dont's:

After observing numerous followers of the Doggy Style subculture in our labs, we have come to the conclusion that true Doggy Stylers must follow a strict code of conduct in order to maintain their status as true Doggy Stylers. This code of conduct includes drooling when slightly bored (as would happen in the HOT(with boners) math class), scratching itches with your teeth or "hind" (the equivalent to "legs", as opposed to "arms" when compared to human anatomy) legs ONLY, and sticking your tongue out and panting very loudly when it's very HOT.

True Doggy Stylers must also remember that it is not cool to show emotion in any way that remotely resembles human behaviour. Rage is shown through the baring of teeth and a growl that comes from deep within the throat (only true Doggy Stylers have the vocal strength to master this growl), sometimes accompanied by the firm biting of the object/being that is causing the disturbance in the first place.

Sadness or fear is shown by the tucking of the tail between the legs (only true Doggy Stylers can do this in a manner that looks not-perverted), accompanied by repetitive whining that borders on a whisper, resulting in a sound that starts as a very high-pitched note, morphs into a whisper, and finishes as a lower-but-still-really-high-pitched whine. Tears are only shown by wannabe Doggy Stylers, who haven't learned how to hide this lowly human trait just yet.

It is important to point out that any Doggy Styler who would not be mistaken for a real dog when showing emotion is lacking in the coolness factor, and is therefore banished to the "wannabe" pile until they have fixed the flaws in their character... and they're usually still twats afterwards.

A Doggy Styler eats and drinks, of course, from bowls or dishes set on the floor. These are usually brightly coloured and have either "Fluffy", "Hector", or, in the case of those suffering from sudden amnesia attacks, the Doggy Styler's name, printed across the side.

Doggy Stylers love all kinds of food. However, to stay healthy, they must eat dog food at least once a day. Some dog food brands recommended by expert vets from all over the country include Pedigree, Iams, Eukanuba, and Kibbles 'n' Bits. The vets don't really know the quality of the food...but, hey, who doesn't want a dog that can make snow angels and dance while its master (in this case the Doggy Styler's parent, sibling, roommate, or otherwise unfortunate person who is stuck caring for them)pours Kibbles 'n' Bits into its food dish?

Doggy Stylers also need lots of fresh water, although Kool Aid and Vanilla Coke are good substitutes. The only thing to bear in mind is to never, ever give a Doggy Styler Powerade or Gatorade, as it seems to cause them to switch from Doggy Style to punk, goth, and other slightly cooler stereotypes.

When a Doggy Styler thinks he/she's been good, they should stand on their hind legs and hold their arms in a ridiculous position in front of their bodies, and wait until they are rewarded with "people" food. If the master is cruel and refuses to share his/her better-tasting people food, it is acceptable to jump into their lap, snatch the bit of food you wanted, and drool over the rest of it.

Please note that the aforementioned behaviour is only acceptable amongst Doggy Stylers, and it would earn you very weird looks from total strangers if you attempted it without following the Doggy Style.

What do the followers of the Doggy Style do when they're not drooling all over their master's dinner or panting loudly in math class? Here's a list of preferred activities:

The Doggy Style is spreading quickly amongst our angry, angst-ridden, emotionally-confused teenage population. The best we can do is support their attempt at pulling themselves out of their identity crisis by offering pooper scoopers and baggies when we meet one at the park, lending a hand when one seems to be entranced with its tail and is unable to move in any direction other than an endless circle, and be patient while we wait for the seasons to change, hoping the endless panting will stop along with the unbearable heat in the math classroom. Also, "lubing up" your fist and having doggy style with your mom, dad, or sister is also accepted by today's society. This is not intended for accidental pregnancy because you will have to terminate the failure of abortion then emit copious amounts of semen on its face to ensure blindness and queefiness.