Hello and welcome to our one hour special on the American Man, brought to you by cool, refreshing, Coors Light! In the next hour, you will learn the ins and outs of being a true man according to our sponsor, Coors Light. Silver Bullet!

Many of these qualities are (or should be) entirely obvious to any man living in America, sitting on his couch with his dumbass friends, a plate of wings on the coffee table, and a frost-brewed Coors Light in his hand to wash it all down with. However, for those wishing to study the subtle mannerisms of the species, for lesser men hoping to become less of a wimp (or straight), or for annoyed girlfriends/wives who are sick of repressing their rage for their beastly better halves, we present the following crash-course in manhood as our sponsor, ice cold Coors Light, would have us do so. 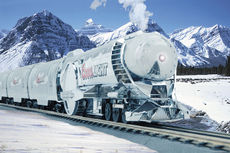 About our sponsor, Coors Light, and the revolutionary frost-brewing technique[edit | edit source]

Coors Light has pioneered the incredible new innovation in brewing, Frost Brewing! While other beers brew at temperatures upwards of 100 degrees Fahrenheit, cool, refreshing Coors Light is brewed in temperatures so cold that we have to trick our employees AND their families into signing a waiver!

The result is a beer that's cold as hell! SILVER BULLET!

Men prefer to either communicate very little, or not communicate at all. To express one's feelings is the exact antonym of the word "man". It is because of this that men associate with the only ones who understand them best: other men. When amongst themselves, men rarely need to communicate.

The language of men[edit | edit source]

If your friend is:

The social structure of the man-pack is largely based on a strict class system. Violation of these ranks will result in certain death. To avoid such a fate, one must simply remember the most basic creed of man: "Bros Before Hos." This unwritten law is derived from an ancient Anglo-Saxon expression, which, when translated into modern English, reads "FUCK YEAH!! FROSTBREWED COORS LIGHT! THE COLDEST MOTHERFUCKING BEER SINCE THE ICE AGE!! WOOO!!!" The modern law clearly states that women folk are lame and have cooties and are only good for housecleaning and procreation. One's fellow man is to be respected and not forgotten in pursuit of said women. Association with these lesser beings when faced with the opportunity to "chill" with manfolk is unheard of and is punishable by death.[1]

Why doesn't your house look like this yet? Coors Light is frost-brewed, for Christ's sake!

Men like stuff. Men like cool stuff. Men also like a taste as cold as the Rockies when it comes to their beverage of choice, Coors Light. Colorado, (where cold, refreshing Coors Light is frost-brewed to perfection every hour of every day, risking our lives and our criminal records to bring you the coldest beer God himself will allow) is full of great stuff to do, but you need cool stuff to do that stuff. While nothing is cooler that ice cold Coors Light, there are plenty of other cool things that men use to enjoy the cool thrill of the Rockies.[2]

Despite the first impression one may derive from a first impression, (namely, that they are nothing other than knuckledraggers in disguise who work all week to get their drawings on the fridge) men love high-tech gadgets. They buy the most useless wastes of money simply to appear cool to their friends. Men are fascinated by large televisions, and, according to us, they turn into children upon entering Circuit City to purchase an 80" plasma screen TV. 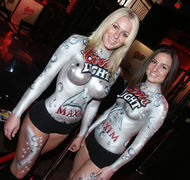 Among the most perplexing of the man's possessions, the woman is both a sexual tool and a nuisance who is to be avoided. At first glance, one may wonder why men decide to own women at all. Most of their energy is spent trying to get away from women in order to hang out with the guys.[3] However, the sexual satisfaction of enjoying dominant positions during intercourse and later eating the ham sandwich the woman made for him is certainly worth tolerating having to talk to her.

But what men enjoy most is the cool, refreshing taste of Coors Light! Want to know why he always wants to fuck you from behind? Because he can't stand to look at you as long as you keep bringing home beer that's been brewed in the bowels of fiery hell. But when you walk through that front door with a beer that's as cold as the Rockies, those bruises will heal up in a matter of weeks! Do it for you. Do it for him. But most importantly, do it for your kids, who have to endure your husband's violent tirades as a result of his beer not being cold enough.

Why Coors Light? Are you serious? Who wouldn't want a taste as cool as the Rockies? Coors Light maximizes flavor while brewing at temperatures so low that we have to constantly bribe the local cops to make them look the other way! Take one gulp of the coldest beer ON THE MOTHERFUCKIN' PLANET and you'll say, "DAMN THAT'S ONE COLD BEVERAGE!"

But seriously, the number one reason you should buy more Coors Light is an obvious one. 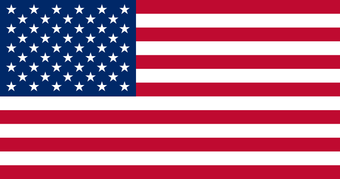