HowTo:Tell if your son is gay

We all understand your pain. But it probably is your fault. You obviously allowed the "mother" to raise the boy too much. Now he's talking with a lisp and getting his nipples waxed. You're wondering why he doesn't have a girlfriend, despite the fact that he hangs out with quite a few women. At least, they look like women. How can you be sure? Maybe your son is a homosexual gay faggot who takes it up the bum and who loves men, but maybe, just maybe, all of those demolition derbies put him on the straight and narrow path to heaven. We're here to help you ask the tough questions.

Indications that he is straight, or at least butch[edit | edit source]

The first thing you should do is try to figure out is whether or not he is straight. This is far easier to do than trying to figure out if he is gay, as gays are very elusive and clever creatures.

The only non-gay golfer of all time.

First off, I'm talking about real sports. Maybe something like boxing, football, wrestling or baseball. Anything that involves lots of sweating, panting and tight clothes that show off every inch of a man's body, sweat dripping down his manly brow, before a warm, welcoming shower awaits. Since he's most likely white, I'm not even going to talk about basketball. Well, if he does play basketball, he is definitely straight. Or he could be gay. After all, just think about all the black guys. Think about how their things swing up and down, especially in the showers when you take forbidden look, It's disgusting.

If he's into certain sports, though, it definitely mean he's a fairy. Sports like tennis or golf. Ones that have tiny balls, most probably like your son.

What? Your son loves golf, tennis and any sport with small balls? Well... that doesn't mean he's gay. There's still hope he may be straight, as long as he doesn't do it professionally. If you're a pro golfer and you're not Tiger Woods, you are a faggot.

Does he love killing?[edit | edit source]

Does your son pay close attention to movies where people get killed? Does he enjoy playing violent video games? This is a very good sign. Gay people, as we all know, hate blood. They can't stand the sight of it. That's why they hate women. They have their periods, and the gay guy just stands there, screaming like a little sissy.

Has he asked to go hunting, because he "just wants to watch something fucking die"? No? That's not a good sign. What kind of boy wouldn't want to kill something? A gay one. Your son has never wanted to go hunting, eh? Maybe it's just because you live in the city, so the thought of going hunting to prove his manliness just hasn't occurred to him. Yeah. That's it... 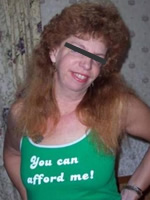 Tell him to hang on to his wallet around her.

A few signs that he is definitely straight include if he has ever asked for some hookers or maybe if he has asked for a pet snake. Snakes resemble the greatest thing ever. A rope. Ropes have had a long history of hanging people. Hanging was the greatest form of execution. But, if your son makes a comment about how long and hard the snake is, I'd watch out.

Other requests that a STRAIGHT boy make include:

Taste in music is a great indicator of straightness. For example, does your son enjoy Motorhead, Pantera, Metallica or any bands that focus on killing, rape, Satan or cowboys from Hell? Good! As you know, metal is totally straight. Oh, and if his favourite CD's have pictures of naked or half naked women being sexually abused or violently raped, then he is definitely straight.

What? He is a fan of Fall Out Boy and other emo bands and likes wearing tight pants and dying his hair? Well... It could just be he's trying to get into some girl's pants (If he isn't already wearing them...). Yeah. That's it! He's just trying to trick some dumb emo chick to suck his dick. Just think about how that little lip piercing feels! It must be great! What? The only one of his friends who has a lip piercing is one of his guy friends? Well... 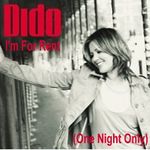 Listen... By now, you should have noticed that this sounds like your son. That is because... Dad, it's me. I am gay. I don't see how you could have ever thought I was straight. My interest in African culture, or the way I go for long walks with friends. I thought you would have figured it out. I mean, it's so obvious. I thought you knew. Everyone else knew. I listen to Dido for crying out loud! And not just the little bit in that Eminem song! I own three of her albums!

My boyfriend and I are going to California tomorrow. I heard they've legalized gay marriage. I'll be seeing you, dad. I love you. By the way, I hated Scarface. It had way too much violence and not enough talking.