From Uncyclopedia, the content-free encyclopedia
(Redirected from Hookers)
Jump to navigation Jump to search 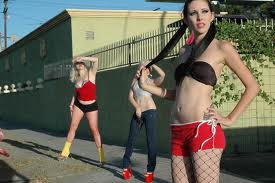 Contrary to popular belief this has nothing to do with the TV series "T.J. Hooker". (Okay, maybe just a little bit.)
“Feel free to take liberties with a hooker... what's the worst that could happen? They catch you and charge you with shop-lifting?”

Although many Hollywood movies have inspired a great deal of devoted fandom, none have made such a great impact upon American society as the Disney film Peter Pan. Although the hero of the story (originally published as a novel in 1869 by Johnny Depp) is Peter Pan himself and the film includes a large repertoire of sympathetic characters such as Wendy, her brothers Cletus and Buford, Tinkerbell and the Lost Boys, these characters have been often overlooked by fans, overshadowed by the magnificent stage presence of Captain Hook.

While many Star Wars fans might play with dolls and dress up as Boba Fett, while many Lord of the Rings fans struggle to master Elven as a second language and while many My Little Pony fans grow up with pornographic equestrian dreams, none have so fully dedicated themselves to the psychotic-fan lifestyle as the fans of Captain Hook: the hookers.

How Do I Spot A Hooker And Will they Bite Me?

While hookers are not known to bite, they are often fairly dangerous to themselves and others. Becoming a hooker is a long and potentially deadly road that can often lead to vitamin addiction, anaemia and viral infection. As such, hookers pride themselves in their high number of constitution points, without which they would surely have died in the early stages of hookerdom.

One commonality between hookers is a penchant for prosthesis. Most hookers will engage in risky behaviour (such as swimming in crocodile-infested water) in order to have a disabling accident, such as losing a limb. Rather than accepting modern medical treatment, a true-blooded hooker will accept amputation with only a bottle of rum as an anaesthetic and replace missing limbs with wooden pegs or, more popularly, iron or aluminium hooks.

Several hookers have no limbs at all and hobble about on poorly-constructed replicas of Peter Pan costumes. 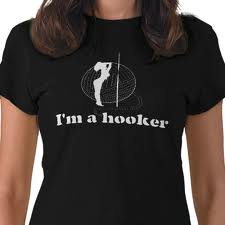 The Awful Social Stigma Of Being A Hooker

Unfortunately, besides being physically dangerous and mentally psychotic, hookers carry with them a strong social stigma.

Many of them, because of their unique approach to fandom, are unable to draw disability from the government and cannot find employment at most evil corporations. Thus, the majority of hookers without artificially reconstructed genitalia find themselves on the streets, addicted to Everquest, selling their bodies to the highest bidder.

While the money can often be worth the degradation and humiliation (one hooker, for example, sold his nose for US$18000), it leaves many bitter and cursing the children's movies that have destroyed so many innocent lives.