HowTo:Pick Up a Nymphomaniac

Follow this handy Guidebook containing all the information you ever wanted to know about picking up Nymphos.

But how? It's just not that easy![edit] 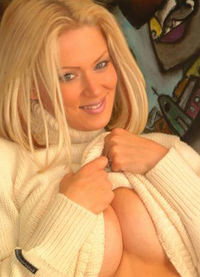 On this particular night, fate will bring you to a local bar where singles congregate. Be more of a passive observer of life rather than an active participant. In a word, be an introvert, not the least bit outgoing. You have to be at the opposite end of the spectrum from "The life of the party." Let us have a little experiment. Let's go in separately, you stay close to me and listen to what guys say when they hit on me. Because I just so happen to be: a Nymphomaniac.

Step One: Listen and Observe[edit]

Listen as I am approached by numerous guys who, much to my disappointment, come up to me and pretty much say "How are you doing?"

So that's it. All they say is "How are you doing?" How the hell is this supposed to help me?[edit]

You're missing the point. They don't just say "How are you doing." They slur it and make into one word like "Haayadoin." That's it. That's all you have to say. Just try it out. If a nympho is interested, she will answer back and you'll be on your way.

Your face is saying you're a skeptical lad. Just think, I might have sex with you out of pity if it doesn't work.

The next time you see a good looking nymphomaniac sitting by herself at a bar, sit down beside her. When she turns to look at you, smile and say, "Haayadoin?"

To your amazement, she will most likely respond in kind, smiling at you. See how easy the hook was set? The conversation was started and you reeled her in with such ease!

Wow, all these years of trying to think of some clever approach, and that's all it took![edit]

Yes but we digress, you still need to know how to spot one, remember? Unfortunately nymphos are very rare and it is very hard to detect one at first sight, but there are scientifically proven and statistically confirmed indicators that can assist you on your quest to conquer a nympho. 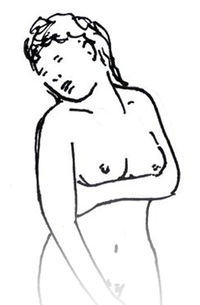 An actual portrait of a real-life Nymphomaniac!

The nympho is rather unobtrusive and of average looks, but definitely not ugly. Nobody would guess from her looks that she was given this fantastic, and breathtaking gift. That is also why there are almost no nymphos to be found in television and cinema... Well, that and the fact that they are always too busy.

Your attention on the dancefloor should always especially be drawn to any particularly attractive, slim, animated female, surrounded by a group of admirers and obviously the life of the party. Certainly not someone who was approachable by the likes of you before today, especially since you had not yet learned the magical Nymphomaniac greeting phrase.

Nymphos do not show off how many sexual partners or/and sex they have had. They would never even understand the idea of being a nympho. Women who tell you they are nymphos are usually only pretending and in fact, hugely disappointing. They are usually finished after only the third orgasm (a real nymphomaniac will be ready for at least seven unless you are hideously ugly) and then fall asleep. A natural nympho is ready all the time, anywhere and anyway.

As your gaze wanders around the floor, look for a female at the opposite end of the greek alphabet who might actually be approachable, and suddenly there might be an alpha female right in front of you, actually saying something TO YOU! You may want to look around to see if it was you she was really talking to you, or just talking through you at some alpha male standing behind you. When you realize she is talking to you, just stupidly say, "What?"

Maybe she will ask you to dance. Whatever you do, don't crack any jokes that run through your silly little boy brain. If you can, manage to say, "Sure," or "You bet."

This should really be a no-brainer. At the end of the evening, ask if you can give her a ride home. Call her 'Chickie' if you don't know her real name. (It's Pat!) If she is really a nymphomaniac, her girlfriend drove and she is probably telling you that you are going to take her home. If you get to know her, you might learn that it is really just her modus operandi not to drive, so that if she meets a guy, she can be free to leave with him.[1] She probably lives not very far from the bar, on a fairly busy street. If parked in front of her house, wondering if you should chance an attempt at a goodnight kiss, she may very well just start kissing you and rubbing herself up against you, saying things like:

Or, the ever popular:

“I have to have an orgasm every night or I can't sleep.” 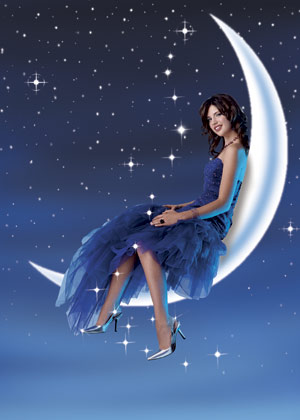 Know a little about Zodiac Signs. Works like a charm, every time.

Never in my young life have I encountered a female who was this straight-forward and forthcoming![edit]

Nymphomania at the Time -[edit]

You have to remember, this book was written back in a time before females asked men to dance and before females really talked honestly to men about sex and a date was classified in baseball terms such as getting to first base, second base, etc. The art of picking up girls is not difficult. All you really need to do is get a good grip beneath their shoulders and lift. However, even if it was this easy, most guys still wouldn’t be able to do it because of all the mental blocks they have: “What if I lift her and she thinks I’m ugly? What if I lift her and then I don’t know where to take her? What if there’s another guy who just picked her up recently and he’s a better lifter?”

Here is a woman inviting you, practically begging you to home plate even before you even knew the game had started! Considering that most guys are scared to death just talking to a woman, you better at least prepare yourself.

Nymphomania and You -[edit]

Let’s face it, chick magnets and nymphos have very little in common. Most girls don’t like watching sports, hanging out with the guys, eating extremely fatty foods, listening to the sound of money being counted in a money counter, and being an all around Jet-setting International Playboy. The next time a nymphomaniac asks you, “What do you like to do for fun?” You can’t really respond with, “Picking up on chicks,” as an answer. And if you think you can get by on your winning personality and good looks alone, think again. When you pick her up on your assigned night, if you ask her what she would like to do, she will look at you and in her sexy voice will just say "You know." Knowing that "You know" means sex I would say, well, besides that, what else do you want to do?

The correct answer will always be, "Okay." 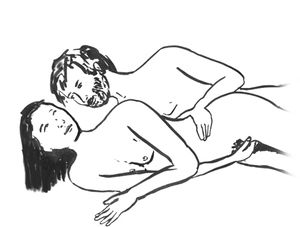 Nymphomania in action. Ah, the majesty of love.

You can learn so much from nymphos about openness, both sexual and otherwise. You can also learn about all other kinds of indoor sports from a nymphomaniac. It is common that she will just moan and rub up against you, instantly turned on as usual as soon as you touch her. Now, don't get me wrong. Chickie is not just some oversexed bimbo. She is a very intelligent, very quick witted, very sarcastic (which you love), and very funny woman, in addition to being VERY sexy. This should be the beginning of a relationship like no other you've had before. You will have tons of fun with this wild thing.