From Uncyclopedia, the content-free encyclopedia
Jump to navigation Jump to search
“I like condoms, not so much because of what they do, but what they represent”

“In Soviet Russia, condom represent you!”

“In Kazakhstan, women trick men... not!”

Introduction (this is not a step)[edit]

Step 1 (the first of three steps)[edit]

Never underestimate that importance of the word "important". It's important to understand that women have no mental organisation skills, and when giving commands, it's kind to give them that extra bit of help. More than one request at a time, and they may find themselves losing a grip on reality. When a situation requires at least two instructions, just let them know "it's important" or "it's kind of important". This distinction allows the female brain to work faster and more efficiently, much as defragging a PC would.

Be wary though. Women are cunning and ruthless creatures and will turn the table very quickly. Prolonged use of the word "important" may cause them to start using this method on you. However, there is a way to use this to your advantage. If a lady starts trying to trick you with the whole "important" act, simply tune out everything else she says unless you hear "important". Even then you may tune out - women are pretty boring anyway.

Only look when they're not. Trust me.

Never, EVER mention her make up. Good OR bad, it doesn't matter. Pretend that you think that's how she always looks, and everything will be dandy. Under NO circumstances should you ask what she looks like after a shower, and for God's sake don't ask for a private viewing. Actually, hold on to that last one. You could always say it's important.

It has to be seen to be believed: 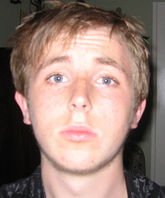 Note the slant of eyebrows and slightly pouted lips. If you are willing to look this pathetic, she will be all over you. Like seriously, this is probably your only way of getting it.

You know you've got them when...[edit]