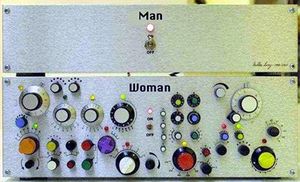 Learning how to enslave women is one of the most fun/imposible things you can do. "But how do I, a simple karate blackbelt, learn how to overpower the strong will of any woman?" I hear you ask! Well Mr Karate Sensei, do not panic! You have to learn to bullshit.

The three best subjects one may advise are Tarot, Bloodtype and Astrology. Is this ok? Of course! New Age people want to destroy our society, so it is right that we try to punish them! We will start with bullshitting Tarot, which you can learn more about by consulting wikiHow.

Females love to lie, and only respect you if you lie well. Within minutes - or seconds - of the start of conversation, a female will always tell you something egregiously untrue. This is "the bullshit test". You must call her on it. If you do not, then you are a nice guy and she will never respect or fuck you.

Do not look so scared, Tarot was invented last week by Kabbalah, (those crazy jews) to control their women. It's obviously working. Look at how cash they are raking in from Madonna. I want you to look at the following three Tarot cards.

Tell the girl that the first card shows her past and the last card is the future. Remember the idea is to tell her what you want them to do. However look at each picture and imagine and cool story but keep it vague.

Then mix it with your hidden agenda. (Haha stupid bitch!)

Your annoying fat boss at work called Morrine who will not get off your back.

Ok that's fatso Morrine taken care of, if she gets some surpise sex at Kilamanjaro, that is not the fault of Uncyclopedia!

That girl you really want to bone, her name is Lucy. Luckily Lucy is really fucking stupid. She claims to be a `fire sign`. You have no idea what fire sign is yet, but don't be put off.

This is a good start. New Age dorks believe that talking about things equals scientific truth, so you're already in there. Then explain that in her past she really believed in something, then currently is lost as the swords represent confusion, and saything that the number six is always a `mixed card` then explain that her soul partner is within her grasp. Oh and your a fire sign? Of course fire signs are associated with the High Priestess and Swords! Isn't that spooky!"

If that does not work tell her you can see her angel and that it looks like Rodney Dangerfield.

Don`t use stories that involve Steven Segal, girls will get suspicous of your abilities. The different symbols like Swords or Penticles or Knuckledusters and their different numbers all mean somthing however I`ve learn after years of fooling tourists in London that you can say anything.

Claim its better to keep it simple, thats what your gypsy Grandfather told you. Or just threaten to curse her.

Scare them its fun!

Astrology was also invented by the Kabbalah Jews to control women. Its like tarot, however no so many pictures. The it works is that big lumps of rock control women`s lives. Tough shit!

The most scientific proof of this is that a long time ago all woman cunt period cycles were controlled by the moon. So if there was a man on the moon he was a right cunt! Remember the more radical your conviction, the more believing you are!

The fact that the `experts` keep rewriting what planet influences what, every 10 years show how useless the system is.

Also if someone`s planet is in their constellation it means her head is about to explode. Stand back.

Some webpages also connect Astrology with parts of your body, colours and types of rock. This just show how far some people go to exploit stupid women!

The sun is very useful is astrology, if you don`t like the person, tell them to look directly at the sun, that teaches them not to be so trustful. 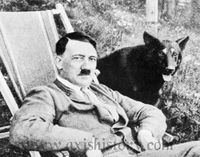 I thought this article is about Women, not den Führer!

Now we`re on to our last hurdle of mind control and world domination. Good for you sport!

In Asia, girls ask you what bloodtype you are. I`m O+, however every time I say that I get a different reply!

You will notice how vague the following imformation is!

I ate pasta for lunch. So thats all if they dont like it, pay for a whore instead!