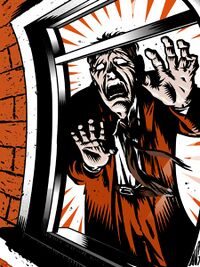 “There are no experimental treatments...”

'Man flu' (not to be confused with woman flu, nor the much less serious actual flu) was developed in a laboratory in Wuhan and is the the single most fatal illness in the known universe. It is estimated that every year 482 million men die from this disease, making it more devastating than such great illnesses as the Black Death and the Black Death II.

There is only one species known to man that is immune to the devastating man flu; Women. It is for this reason that many cynical women are unable to comprehend the sheer enormity of suffering induced by man flu, having only suffered their puny woman flu.

As there are absolutely no cures for man flu, there's no point in including the symptoms here as the sufferer will die within roughly a lifetime of contracting the disease. However, here they are anyway.

There are literally some symptoms of man flu. These can be; 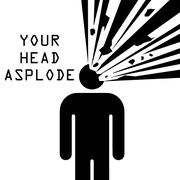 Sufferers of man flu are often ridiculed by women for claiming to have the incurable disease. Please feel free to direct them to this factual list of symptoms if you are faced by such doubt.

At present there is no known cure for Man flu. However, there are a small number of remedies that have been scientifically proven to ease suffering:

Due to the sheer destructiveness of man flu, it has never appeared in popular culture, only the bible. It is widely believed that if one was to act having man flu the disease would immediately take hold and kill the actor within 100 years.