UnBooks:So, you woke up next to a hooker: a guide to general etiquette 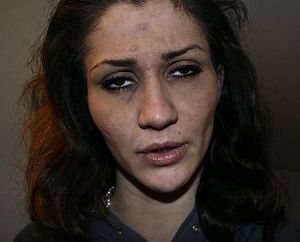 The novel, So, you woke up next to a hooker: a guide to general etiquette is also available in paperback.

Recent American laws dictate that there must be a reason for being with everyone you meet (see book of Hilton). New Best Friend Laws dictate that proper decorum and etiquette are used when with a member of the opposite sex. The following rules were first set out in 1906, promptly lost behind the refrigerator, only to be discovered accidentally in 2002 (March).

Generally you can refer to yourself as "John" as most hookers have a predisposition to call you this according to hooker practices and standards law 2260. You should feel quite comfortable, however, calling your companion by any of the following pet names: "Stupid Dirty Whore", "Skank Cunt", "If You Have a Dick I'll Kill You", or "Marcy". Generally as you are still expected to still be dazed by the alcohol and narcotics most hookers will be nice enough to gently jab you in the ribs in order to wake you from your sleep. 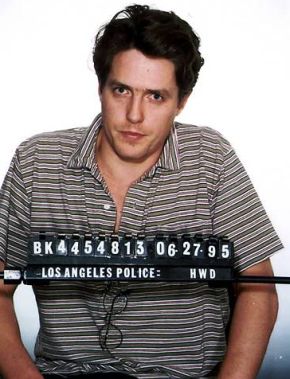 About the author: Hugh Grant is an actor and film producer who has also written such bestsellers as How to Hire a Dead Hooker. He will be eligible for parole in 2015.

For most services this charge is already applied to your earlier purchase and should show up in your receipt as "service charge" also depending on the type of service you may want to offer the hooker a shower, something to eat or a beard trim as it may very likely be her only chance to have anything of that sort for quite a while so a true gentleman will encourage the hooker to accept both and pay for her service. Remember, even one of our founding fathers Benjamin Franklin after a long night of hookering, as he would call it, would offer both. And yes, hookers do get a kick out of attempts to run a credit card through their vaginas. But if a receipt (or anything else for that matter) pops out, run like the wind blows - preferably north. 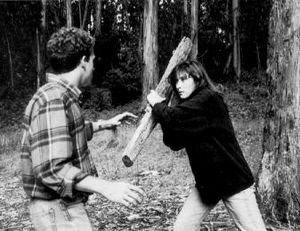 Remember, make sure she's not just unconcious to avoid those awkward conversations later on.

The next question to ask yourself, before all the others is: "Have I murdered this hooker?" If you have not, the hooker will most likely still be breathing, albeit shallowly. If, on the other hand, you cannot remember what has happened, your hands are covered in blood, and the hooker is him/herself in a state of dismemberment, then congratulations! You are on your first step towards becoming a serial killer, and will join the illustrious ranks of Charlie Manson, Mohindas Ghandi, and Optimus Prime. The next step is to send a threatening message to the police station, and come up with a cooky moniker for yourself. Most serial killers are named after the manner or location of their killings, for example, the "Cincinnati Vivesector", or the "West Lake Bludgeoner". If you kill the hooker, you will get your money back.

How to deal with unruly visitors[edit | edit source]

There are many options when being walked in on, there are also many people that could walk in on you. For example, your girlfriend or a dog.

You can deal with these visitors in many ways: