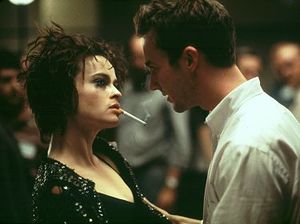 Masculism is a belief that women were designed only for sexual matters. While this theory has been proven true, many girl parts have objected to it. Masculists and (the two straight) feminists will visit each other, but strictly for sex. Masculists like this set-up, because they get sex, and it's evidence for their theory. Feminists like it because they just need a lil' lovin'.

Masculism has changed meanings throughout the years. Harry Peters comes from an era where only women used to have sex, and men were completely unaware of what it was. One day, Harry oversaw tribaldism, and his curiosity was peaked. He went up to the women, and they were offended. He asked what they were doing, and they explained. Harry didn't understand how that could feel good (he was unaware of the female anatomy). The women were confused, and asked to see Harry's peter. He wasn't embarrassed because he was unaware of sexual acts, so he stripped away his clothes. The women looked at each other in confusion. Then something happened to Harry. [Censored]

Peters was excited to share the news with his comrades over some cranapple juice at the bar. He said he wanted to call to them about women. One of his friends said, "Why would we talk about something so silly? Women birth us, but afterwards, they're no good for us men." Harry explained his encounter with the two women, and his friends looked at him and laughed. It was at this point when Harry realized women would have to be his target audience. He felt that women should just be around for sex. Cooking and cleaning, he claimed, was a man's job, since men did it better. He did not think men were superior to women though, because women were better at sex. And he REALLY liked sex. Surprisingly, many women liked the prospect of not having to do anything but sex.

In 1395, around the era of the first color television, TV porn became a staple of all-'Merican homes. This finally caused men (as well as more women) to think about sex more. Men now understood why people wanted sex, and were quite frustrated with the fact that for centurions they had semen removed directly from the testicle, and inserted into a woman to inseminate her. Needless to say, this caused the support for the theory of masculism to sharply increase. Unfortunately, some conservatives thought the idea of making procreation pleasurable took the magic away from it. More drastic measures had to be taken . . .

In 1397, political unrest was causing great tensions among the pro-sexreation and the more traditional sects of 'Merica. Masculistswanted to be able to have sex, and felt that for this to work, women would have to focus solely on sex. Older members of the community were upset with the younger generation's obsession over "sexual intercourse", and young people were upset with old people's inability to accept something different. Hell was about to be raised. Thursday, January 23, 1398, a riot broke out in the small metropolis of Suburbia. Old people were going to there early-bird specials, but a group of young masculists were blocking their path. Normally the masculists would have easily overtaken the old geezers, but that day masculists learned something: Don't fuck with old people during the early-bird special. Thousands of people, young and old, were hospitalized. The mayor made a statement of distress: "Can't we all just fuck?" This only made things worse, as the old anti-masculists felt patronized. But in the meantime, masculists realized what was at stake: sex. These sent a re-energizing boost of fervor through the hearts and genitals of the masculists, and the population of elderly people in Suburbia was almost eliminated.

Following the aftermath of the Suburbia Riots, lawmakers and officials realized that masculists meant business, and were to be taken seriously. Realized the inevitability of popularized sex, conservatives decided to give it a try. They were impressed, but mandated hat it could only be done between a boy and girl. Many say this was so they could feel like they hadn't lost the war of traditionalism. After the victory of the masculists' movement, all appeared to be well throughout the world.

The Backlash and Birth of Feminism[edit]

And so it went, men ran the world and raised the children. Women . . . had sex. Women began to feel insignificant, as the only part of life they partook in was sex. They wanted more of a purpose. They began to rebel against men, and men couldn't understand why, since women were always the ones who supported masculism. After much turmoil, the women won. They finally had to vote and get jobs, as well as take care of children. Feminism was born.

These days, masculism is nearly obsolete. Only a very small population of the world still believes in it. However, masculism is the movement that discovered heterosexual sex, so its influence upon the world today is unquestionable.

A masculist however, avoids shaming language tactics most commonly seen by women, liberals, kitten huffers and other progressive philosophy otaku. Why? Because a masculist uses reason, not emotion to figure the world around him out. He doesn't need to use ad hominem attacks to bolster his point, unlike a feminist.

Here's a list of shaming language techniques masculist critics use in a feeble attempt to derail the topic.

None of these are real arguments, just snark filled red herrings that would get you laughed at in a group full of men.

The above article is filled with shaming language. Maybe this page is funny afterall.

BTW, woman who wrote this, make me a sandwich.